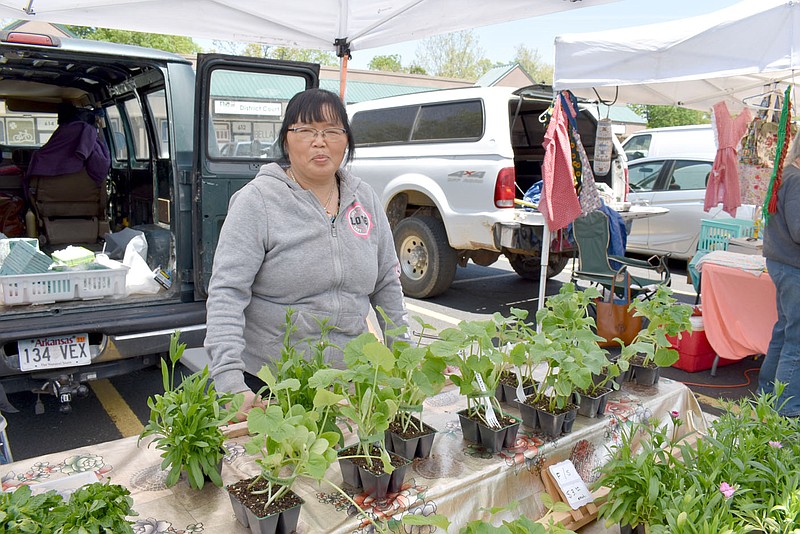 File Photo Mao Yang is pictured with herbs, vegetables and other plants at the first Bella Vista farmers market in 2022. The city is seeking a manager for the market.

The city of Bella Vista is seeking a person or organization to operate the Farmers Market, and, so far, has had little interest in the position.

The deadline to apply for the position is 9 a.m. Thursday, Jan. 19, however, according to Communications Director Cassi Lapp, the city may extend the deadline in hopes of attracting a qualified candidate. As of Jan. 10, no one had applied.

Lapp said the market was formed in 2016 as a partnership with Mercy Bella Vista. It started as a health initiative aiming to not only provide a place to purchase produce and homemade goods but also to give people a place to go and walk around and get moving, she said. The market has always been held on Sunday in order to not conflict or compete with the Bentonville Farmers Market. Rather than compete with the larger market, the Bella Vista market gives vendors another option, and many of them attend both, she said.

The farmers market started at Mercy and from there moved to Sugar Creek Center, where there was more room, and from there to Village Center where it has most recently been located, Lapp said. There are pros and cons of the current location, she said. It is not located along U.S. Hwy. 71 (like Sugar Creek Center), so it does not attract passing traffic, however, it is technically at the center of the city, so it is more accessible, she said. She added the market has grown in size since its beginning and has a steady stream of the same dedicated vendors year after year.

Lapp said the city does not oversee and operate the market on its own because it does not have employees to do that, so the city contracts it out and the manager is supervised by the city. She said the city would really like to find an organization, such as a nonprofit, to run the market and be funded by a city grant.

A full list of requirements and information on how to submit a proposal is located on the city's website at https://bellavistaar.gov/government/bids_and_rfps.php

She also added the city would entertain new ideas such as having the market on a different day or at a different time or place.

However, she said, if the city cannot find anyone for the job, the market won't happen. 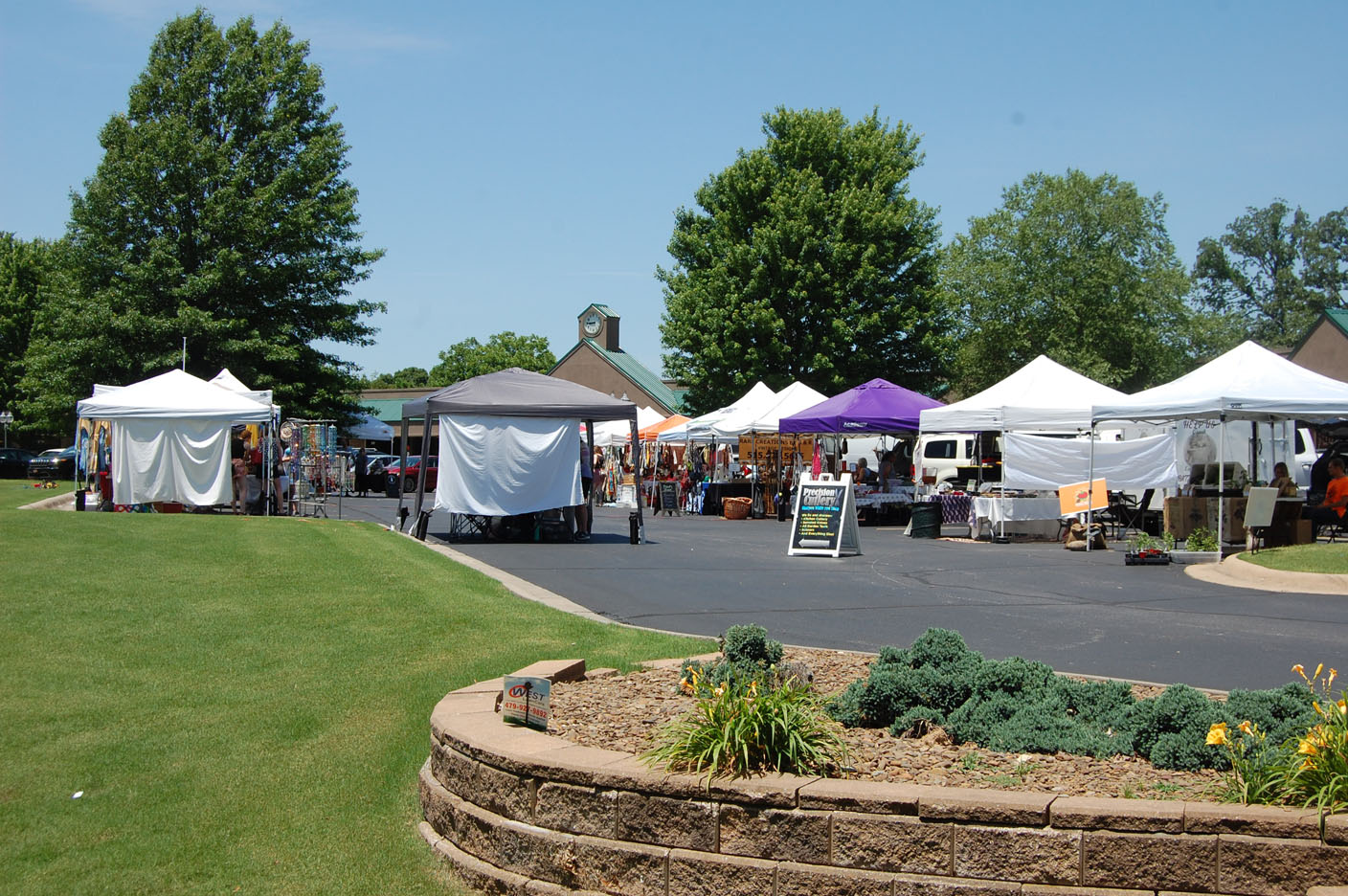 File photo Bella Vista city officials are looking for someone to take over as manage of the Farmers Market for the 2023 season.