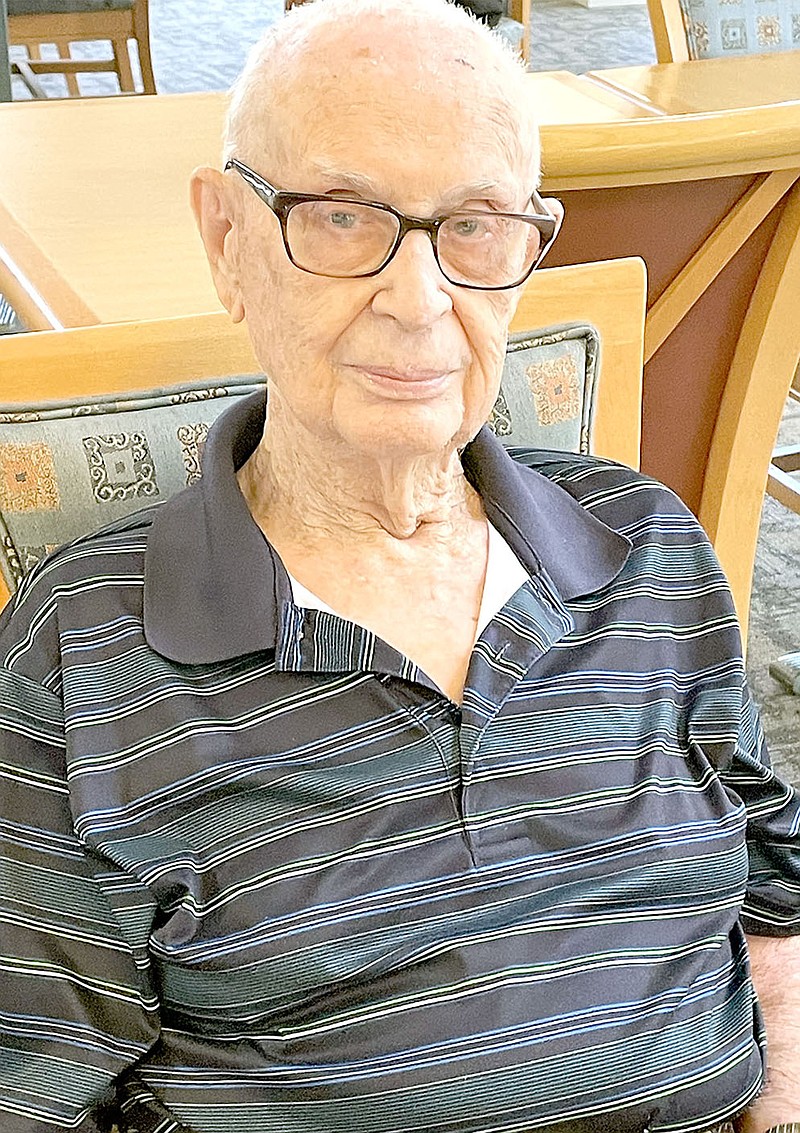 Arriving at a party to celebrate his 100th birthday, Bella Vista resident Charles Whitford took it all in stride. His actual birthday was earlier this month, he explained, but the Plaza, a retirement community near the Highlands gate, was celebrating all residents with September birthdays in their dining room on September 11.

Whitford didn't want to give any advice on how to live a long and happy life, but he did imply that being single may have helped him.

After serving in the Army Air Corps during World War II, Whitford returned to Minnesota and a long career as a music teacher.

"I never shot a rifle," he said about his military career. He was part of the ground crew for the Army Air Corps and was stationed all over the south Pacific including New Guinea where he marched through the jungle with his unit. He was on Okinawa when the United States dropped the atomic bombs on Japan and probably could have seen the mushroom clouds if he had known to look.

He came to Bella Vista when Cooper Communities was offering free trips to potential home buyers. He bought a home and returned to Minnesota where he sold his bike.

"There weren't any trails," he explained about his decision to give up biking in the mid '80s. He moved to Bella Vista in 1984. Later, he moved to the Plaza.

He joined the Community Band and played dozens of concerts at Blowing Springs Park and other places. He retired from that volunteer position last year and donated his trombone. He still plays the Indian flute and a recorder and sometimes performs for his neighbors at the Plaza.

He also shares his hobby of astronomy with the other residents. He keeps his telescope set up on his balcony.

He was thrilled to receive a letter from President Joe Biden for his 100th birthday.