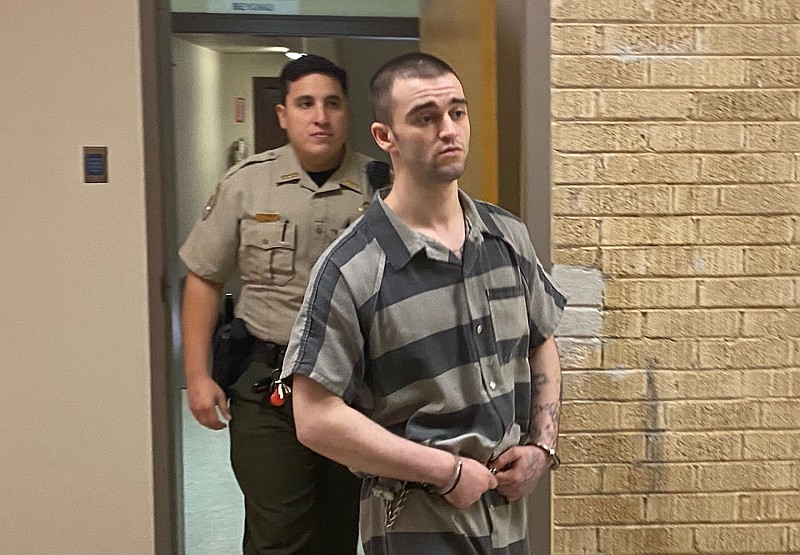 BENTONVILLE -- A Bella Vista man was sentenced to 132 years in prison after admitting he forced his way into a man's home and killed him.

Avans was charged as a habitual offender.

Schmidt told police Avans burned the shirt he had been wearing in a fire pit when they returned to Schmidt's home, according to the affidavit.

A neighbor of Blackmon's heard Blackmon yelling for help and found him lying in the street, the affidavit states.

A police officer noticed a door open to an apartment at 501 N.W. B St., which was Blackmon's apartment. Officers saw blood on the door and living room floor, along with several bloody pillows, according to the affidavit.

Police also found a spent shell casing to a revolver or semiautomatic pistol, according to the affidavit.

Megan Thompson, Blackmon's mother, said it's devastating when a parent loses a child. It's still difficult for her to sleep, and she will be lost forever without her son, she said.

The judge asked Avans if he wanted to speak before she sentenced him.

The judge told Avans it would be his last opportunity because she was going to enter a no contact order prohibiting him from having any contact with Blackmon's family. She asked him again if there was anything he wanted to say.

"No, ma'am," Avans said again. "I don't have anything further to say, your honor."

Green sentenced Avans to 132 years in the Arkansas Department of Corrections. Avans will have to serve at least 32 years in prison before he is eligible for parole.