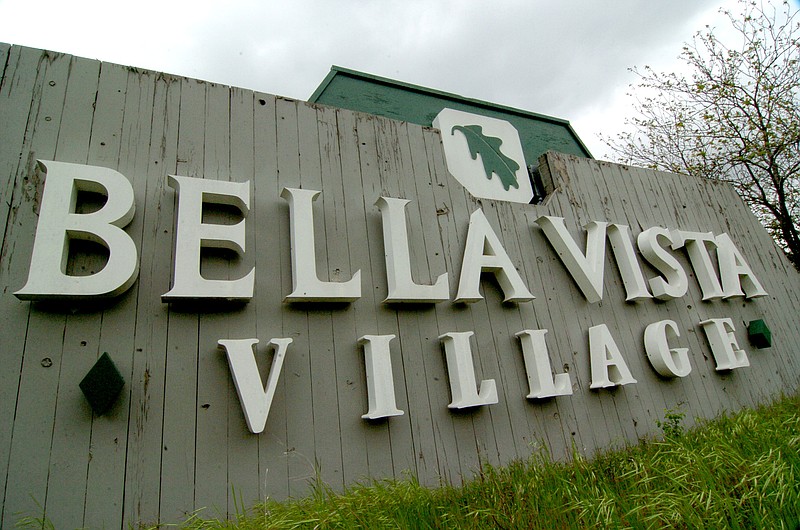 An ordinance regulating short-term rentals, tabled until January during the Bella Vista City Council's October meeting, was brought back to life Monday night in a motion made by Councilman Doug Fowler as part of the Council's November regular session held at the District Court Building.

"I'd like to move to take from the table the proposed ordinance ... which was offered for consideration by me, subsequently amended by the Council and which was tabled at the October regular session Council meeting until the January 23rd regular council meeting ... and further to suspend Rule 7B of the Rules of Order and Procedure of the City Council regarding the agenda to permit consideration of this proposed ordinance during the unfinished business portion of tonight's meeting agenda," he said.

The ordinance was originally drafted to regulate various aspects of short-term rentals. It was discussed in line by line fashion by the Council with several amendments included before being tabled until the first regular session of 2023.

As he was handing out what he described as "the incorporated version" of the ordinance, City Attorney Jason Kelley told the Council, "When this was last before you there were some amendments adopted by the Council and what has been printed out and handed to you ... is an incorporated version of all the amendments that have been adopted to what I'm going to call the Fowler version. Those are all incorporated and this should read as complete at this point based on discussions to this point."

The Council had to vote to add the ordinance, based on Fowler's motion, to the unfinished business portion of the Monday night agenda.

After Larry Wilms seconded Fowler's motion -- "so we can discuss it" -- the vote ended in a tie with Fowler, Wilms and John Flynn voting "yes" and Jim Wozniak, Jerry Snow and Steven Bourke voting "no."

"So what we've done is brought back the consensus agreement," said Christie. "If you'll remember we sat down and crafted it line by line and approved it at the last meeting, then decided to table it."

He continued, "I think it will help to have this on the table so everybody can see exactly what we're talking about as a starting base so it doesn't get lost. That's why I agreed that we would put it on here."

In the meantime, a citizen committee that originated before last month's work session, but had yet to be fully formed by the start of Monday night's regular session, could offer suggestions before the ordinance's third reading, suggestions that could be incorporated as amendments to the ordinance.

After hearing from 11 residents in the citizen input session earlier in the meeting, Wozniak offered to take over as chairman of that committee and invited citizens interested in being a part of it to meet with him following the session.

After the meeting he said he did get enough volunteers to fill the committee and its first meeting was tentatively scheduled for next week.

In other business, Christie announced there was no financial report available to be presented at the meeting due to the meeting time being moved up because of the Thanksgiving holiday.

"Because we have moved the Council meeting forward because of Thanksgiving we do not have the tax data yet," he said. "The tax money actually comes in around the 23rd or 24th of the month and so we cannot complete the monthly tax statements. Once they're in, which will be next week, we will publish them."

Christie said individuals can pick up copies at City Hall or request copies be sent to them via email.

The Council heard a second reading of an ordinance amending Chapter 109 Zoning of the Code of Ordinances of the city of Bella Vista to define short-term rentals, to provide for inclusion of short-term rental uses within the table of uses, to determine a short-term rental usage as of right or with a conditional use permit within particular zones, and for other purposes.

"This has nothing to do with (short-term rental) regulations," Christie said. "This is taking our usage code and putting it into our Table of Uses that the Planning Commission uses."

The Council also approved an ordinance (with a 6-0 vote and after suspending the rules and moving the item to a third and final reading) waiving the requirements of formal competitive bidding and authorizing the purchase of street salt and sand based on price and availability by informal price quotes through Dec. 31, 2023.

It then passed a resolution authorizing the mayor and city clerk to enter into a limited terminable license agreement with Bella Vista Village Property Owners Association, Inc., for the purpose of providing additional access to the Street Department Salt and Sand Facility on Glasgow Road.

Street Department personnel, in order to access the back of the building, have to cross POA property. This resolution represents a 25-year agreement between the city and POA so the land can be crossed and staff can fill the salt and sand trucks.

The resolution passed by a 6-0 vote.

The Council also voted to pass a resolution making various adjustments to the 2022 city budget and another adopting and approving the development of United States Bike Route 251 (USBR251) within the city of Bella Vista.

Both resolutions received unanimous votes of approval from the Council.