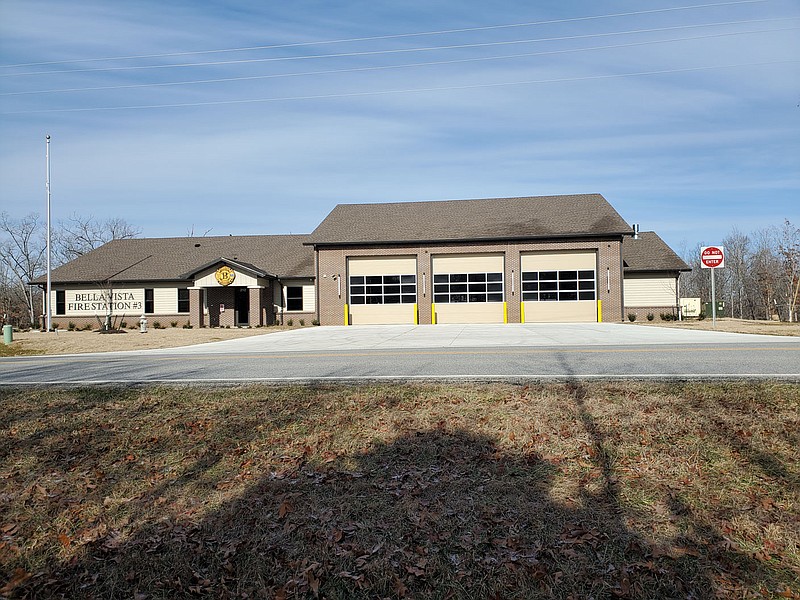 The new Bella Vista Fire Station 3 now has ambulance service, after opening its doors on Jan. 31.

Bella Vista city Communications Director Cassi Lapp said the former Station 3 was not large enough to house an ambulance crew. The old building was less than 2,500 square feet, and the new one is 7,500 square feet.

She said all ambulances have to have a paramedic on them. Because all firefighters are at least an EMT, they would formerly respond from Station 3 on a fire truck with the ambulance shortly behind, having been dispatched from a different station. Having an ambulance at Station 3 means it will arrive minutes earlier, which could make a big difference in the case of cardiac arrest, she said.

The station is located at Glasgow Road and Edinburgh Road, across the street from the old Station 3.

The new building has more living space than the old one, with individual sleeping quarters rather than communal ones. It has six bedrooms. It has a larger kitchen, an office and a workout room. At the old station, the firefighters did not have an office or a workout room and had to do their office work in the living room and work out in the engine bay. The station also has three drive-through bays as opposed to two apparatus bays at the former location.