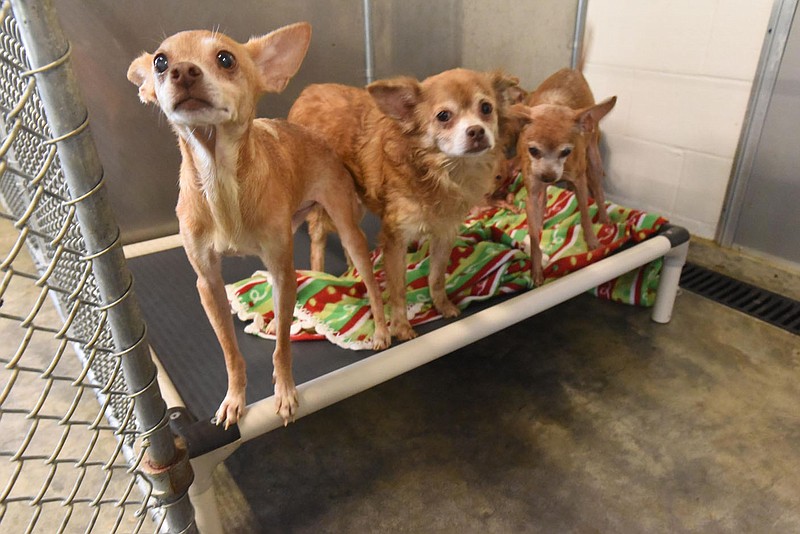 Flip Putthoff/NWA Democrat-Gazette Chihuahuas available for adoption are seen June 10 at the Humane Society for Animals in Rogers. As of that afternoon, 30 of 71 Chihuahuas rescued from a burning house had been adopted.

ROGERS -- Dozens of Chihuahuas remain at the Rogers Humane Society after being pulled from a burning house by firefighters last month.

The shelter took in 73 dogs that survived the fire, and 31 had been adopted as of Thursday, said Clayton Morgan, executive director of the Humane Society for Animals in Rogers. The dogs' owner signed the animals over so they can be adopted, Morgan said.

The dogs were found after firefighters responded May 14 to a house fire at 12510 Deason Road, between Little Flock and Avoca.

Frankie Elliott, chief of the Avoca Fire Department, said there were 149 dogs -- all Chihuahuas -- in the house. Seventy-six dogs died of smoke inhalation, Elliott said.

Firefighters gave oxygen to many of the dogs, Elliott said.

The cause of the the fire is still undetermined, Elliott said.

Morgan said a few of the Chihuahuas were about a year old, but most ranged from 3-9 years old.

The goal is to find homes for each of the dogs, he said.

Samantha Cox of Centerton adopted one Thursday when she visited the shelter.

"I walked up and down and saw her," Cox said about the new family member. "She's beautiful and definitely needs a new home."

Cox said she didn't come to the shelter specifically to adopt one of the Chihuahuas.

"It made me want her more," Cox said. "She doesn't deserve anything that happened to her."

Morgan expects it to take a while before all the Chihuahuas are no longer at the shelter. Some may be sent to rescue organizations in other states.

Morgan said it's vacation time for many, so it is a slow time for adoptions because people may be traveling. He said some rescue groups have said they will not be able to take any of the animals until after the Fourth of July holiday.

He and others at the shelter are working to socialize the animals since they are mostly used to interacting with each other, Morgan said. He said some of the dogs are super friendly, but others are a little more cautious.

People want to adopt the super friendly ones, but Morgan said he is using those to help socialize the others.

Morgan said there's no way the people in the home could have provided the dogs with the attention and love each needs. The animals were fed, but many had skin issues, he said.

He said the dogs have been spayed or neutered and have received their shots. The adoption fee is $70, Morgan said.

The shelter could use donations of money and supplies because of having to care for so many dogs, he said.

Noreen Kupernik of Bella Vista brought collars and leashes to the shelter. She then wanted to see the remaining Chihuahuas.

Kupernik already has two Chihuahuas: Lucy, 11, and Teddy Bear, 8. She was tempted to add another.

"It's sad they were caught in these circumstances," she said. "I'm glad they are here getting the care they need." 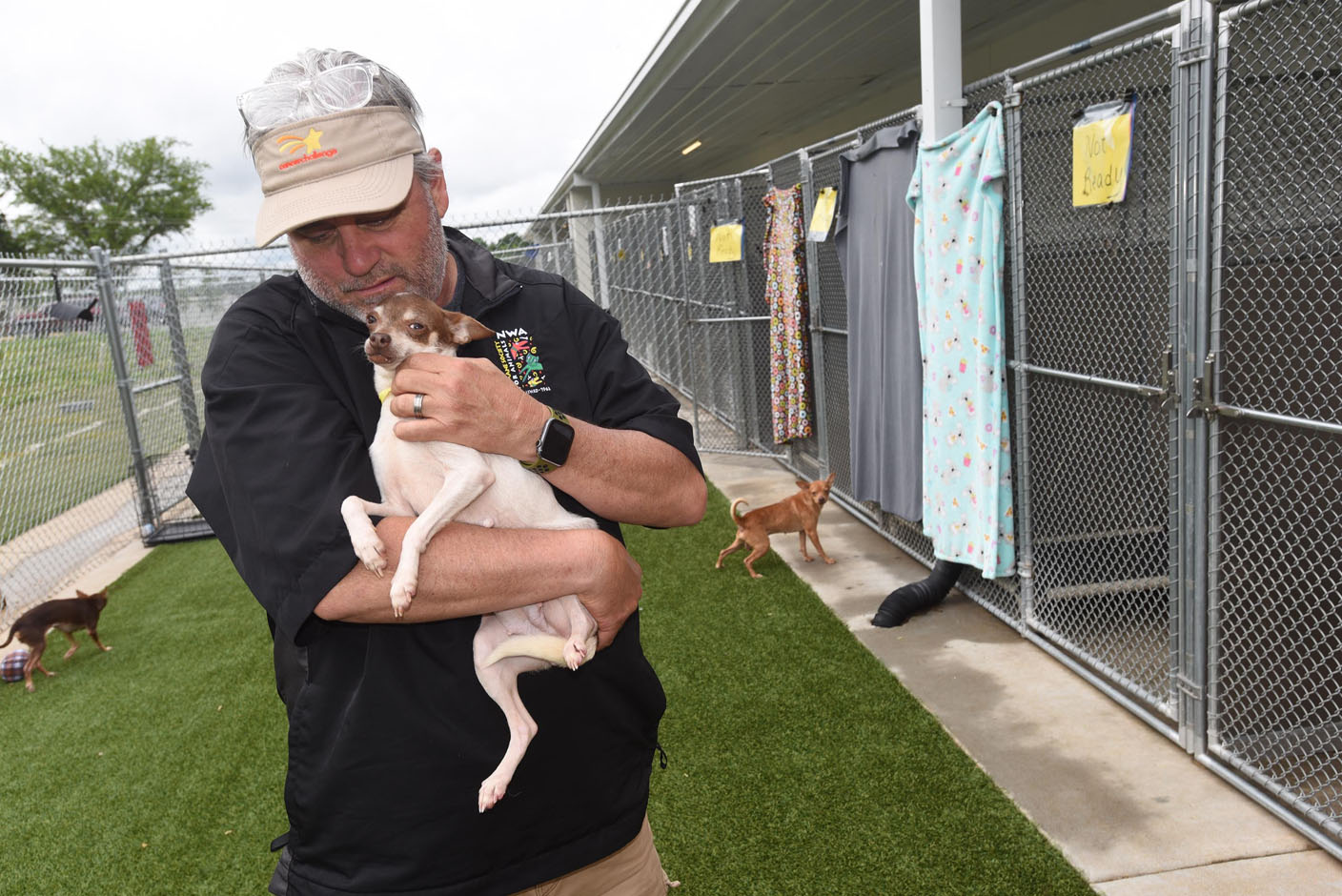 Flip Putthoff/NWA Democrat-Gazette Clayton Morgan, executive director of the Humane Society for Animals in Rogers, plays with a Chihuahuas at the shelter on June 10.