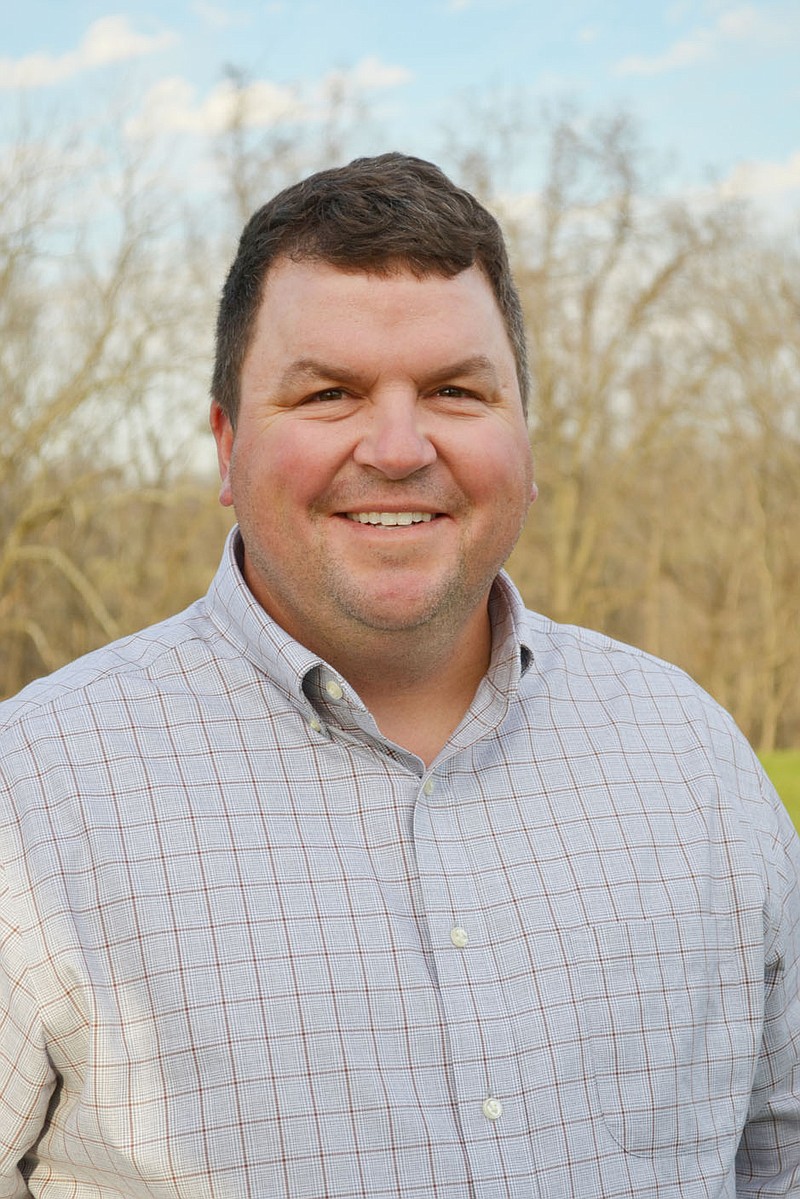 Randy Murray has announced his candidacy for mayor of Bella Vista in the general election to be held Nov. 8, 2022.

In making his announcement, Murray said he loves living in Bella Vista and plans on encouraging careful city planning and supporting the police and fire departments to keep Bella Vista a safe place to live.

Murray, a successful business owner, grew up in the small town of Nevada, Mo. He is one of four children and enjoyed playing sports and exploring the outdoors as he grew up.

"My mom was a nurse, and my dad ran an asphalt company," he said. "I had a fun childhood with Christian parents who raised me in a good environment. I learned how to work hard, be honest and treat others with kindness."

Murray started his first job when he was 13, installing vinyl siding, and then working through high school as a maintenance worker at a small local college.

After high school, Murray served a two-year church mission in Santiago, Chile, and learned the Spanish language proficiently. After his church mission, he attended Missouri Southern State University in Joplin, Mo. He graduated in 2005 and then moved with his growing family to Bella Vista that same year. Murray and his wife Tanya met while attending Missouri Southern.

After moving to Bella Vista, Murray started -- and still owns and operates -- Aquacrete, a shotcrete company that specializes in large commercial and residential projects. He pointed out that his work requires him to excel at planning, budgeting, marketing, meeting deadlines and coordinating with other team leads.

The Murrays will celebrate their 20th wedding anniversary this year. They have five children: three boys and two girls ranging in ages from 9 to 17. They have made family their top priority, and together they enjoy hunting, fishing, biking, camping and boating.

"All of our children learned how to water ski on Lake Windsor," Murray fondly recalls.

Being involved in his community and looking outward is a part of who Murray is, and having lived in Bella Vista for 17 years, he has helped with a number of community cleanups, including the illegal dumping in cul-de-sacs and a car tire dump in east Bella Vista. During winter weather, Murray and his family shovel snow for needy residents in Bella Vista including the widowed and elderly. "I love the opportunity to get out there and help," he said.

Murray recently assisted in cleaning up after an extensive house fire on Tudor Lane, and often helps after ice storms, snow storms and wind storms in Bella Vista. His children volunteered at The Highlands Health and Rehab for several years and his son, Charlie, did his Eagle Scout project there, installing many bird houses for the residents to enjoy.

A dedicated Scout, Murray said, "I've been involved with the Boy Scouts since I was a youth, earning my Eagle Scout Award at the age of 13. I have continued to be involved as an adult leader for 15 years, sitting in on numerous Eagle Scout Board of Reviews. I helped start the Bella Vista Boy Scout Troop 333. I volunteered at the National Eagle Scout Jamboree twice, and I was named Outstanding Venture Crew Leader of the Year in 2010."

Murray has helped clean up trash on a section of road in Bella Vista for years. He was one of the first volunteers to maintain the single-track trail at Blowing Springs Park. His campaign manager, Kristy Snyder, said, "The bottom line is, if you need help, Randy is your guy. He is a man who desires to help others with his many skills, talents and abilities. If you need him, he will be there. This will make Randy Murray a great mayor of Bella Vista."

Murray reiterated, "I love Bella Vista, and I am a proven leader. I have the ability to make a positive change for Bella Vista. I have sound economic and business ideas to develop the city as it grows and as the population increases in northwest Arkansas. I love to serve. I love to work. I love being involved with the community. I excel at listening and implementing the good ideas of others. Our country is going through hard times economically, and the best way to make a positive change is on the local level. It starts with us."

Murray believes government should serve the people and protect the people's constitutional rights and freedoms.

He wants to encourage the actual growth of Bella Vista in a positive way, including internet and sewer, and making Bella Vista a great place for residents to live and work.

"I want to promote good growth and encourage the best builders to build in Bella Vista so the houses that are getting built here are nicer," he said. "This will create a nicer community in the process."

As mayor, Murray wants to foster growth in Bella Vista while maintaining local culture and traditions. Growth includes residential as well as business, to which he comments, "I want Bella Vista to be an environment in which small businesses can thrive."

He is mindful of Bella Vista's record of safety and low crime, too. "I fully support law enforcement and first responders, because their service to our residents helps make Bella Vista a safe place to live."

He added, "I want to help boost awareness on city issues and things that are being discussed and voted on in City Council and in city planning meetings.

Murray continued, "Above all else my desire is to help others. I love to connect with people I meet in the community. I am a small business owner, not a career politician, and I intend on waking up each and every day to work for the residents of Bella Vista. I will act with dignity and remain trustworthy as your mayor."