Festival has deep roots in community 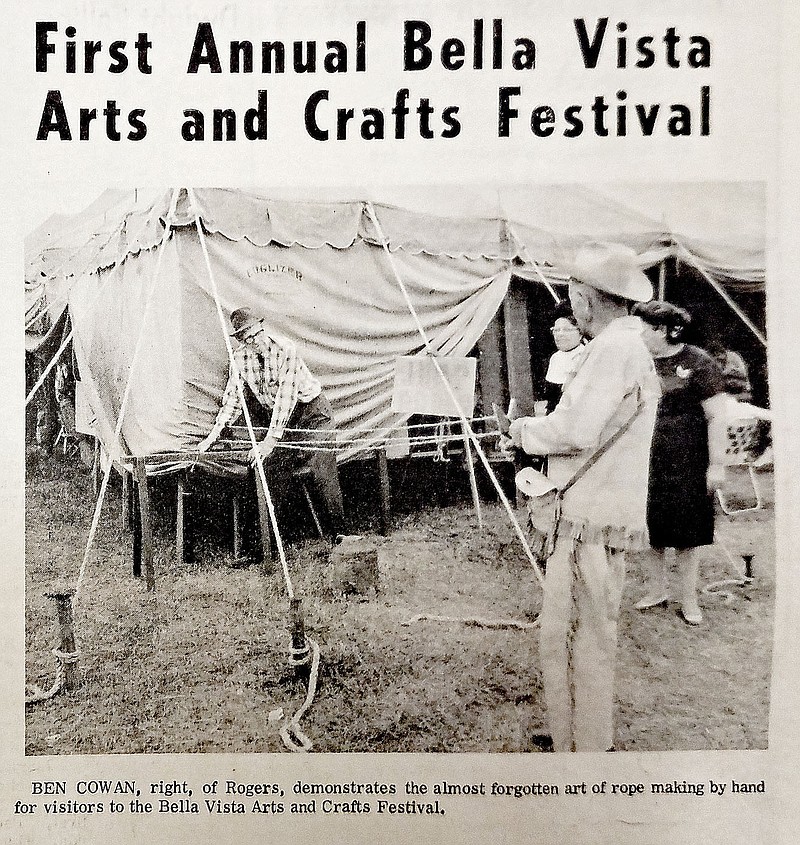 A long-standing art gathering has been cancelled for this year, but its history is rooted in the hard work of those who first met decades ago to show their skill.

The Bella Vista Arts & Crafts Festival generally takes place the third weekend of each October. Set to showcase artisan skills, the show is a juried festival that draws exhibitors from across the country.

The Village Art Club produced the first show in 1969, but local artists were active before then with shows and festivals, Xyta Lucas wrote in a "Past Perspectives" column published in Oct. 2, 2013.

"In the 1950s, artists in the area formed a group called the Bella Vista Fine Arts Center," she wrote. "They met in the Sunset Hotel, and later exhibited their art at a Spring Open House in the Hill and Dale Restaurant building (which many people knew as the 'Dance Pavilion') on the east side of Lake Bella Vista."

The Center announced "a program of cultural activities, starting on May 28 and running into early September," that was published in the March 1966 issue of the Village Vista.

Included was the "...third annual Folk Arts and Crafts Workshop, and Festival, scheduled during June 24, 25 and 26...and the annual Juried Arts Show...August 14-28," Lucas relayed in her article.

In July of 1967, the Village Vista reported, "The Bella Vista Art Show of 1966 drew a record crowd of visitors from all states and several foreign countries. With the thousands of people visiting Bella Vista Village this year, attendance is expected to be much larger," Lucas wrote.

Lucas also included information about the festival, noted in Gilbert Fite's book, "From Vision to Reality: A History of Bella Vista Village 1915–1993." The first Arts & Crafts Festival was held in the fall of 1969, held in a tent north of the dam (near) the camping area along the creek, Gilbert wrote.

In an article published in the Oct. 14, 2015 Weekly Vista, festival officials said

festivalgoers come from all around – including Arkansas, Texas, Oklahoma, Missouri, Tennessee and Kansas. Many of them come year after year.

Officials said the festival, which is the largest juried show in northwest Arkansas, featured exhibitors from 27 states, "who come from as far away as New York, California and Florida."

Festival officials say the Bella Vista Arts & Crafts Festival is the only show in the area that features 100 percent hand-crafted products and is sponsored by a nonprofit organization.