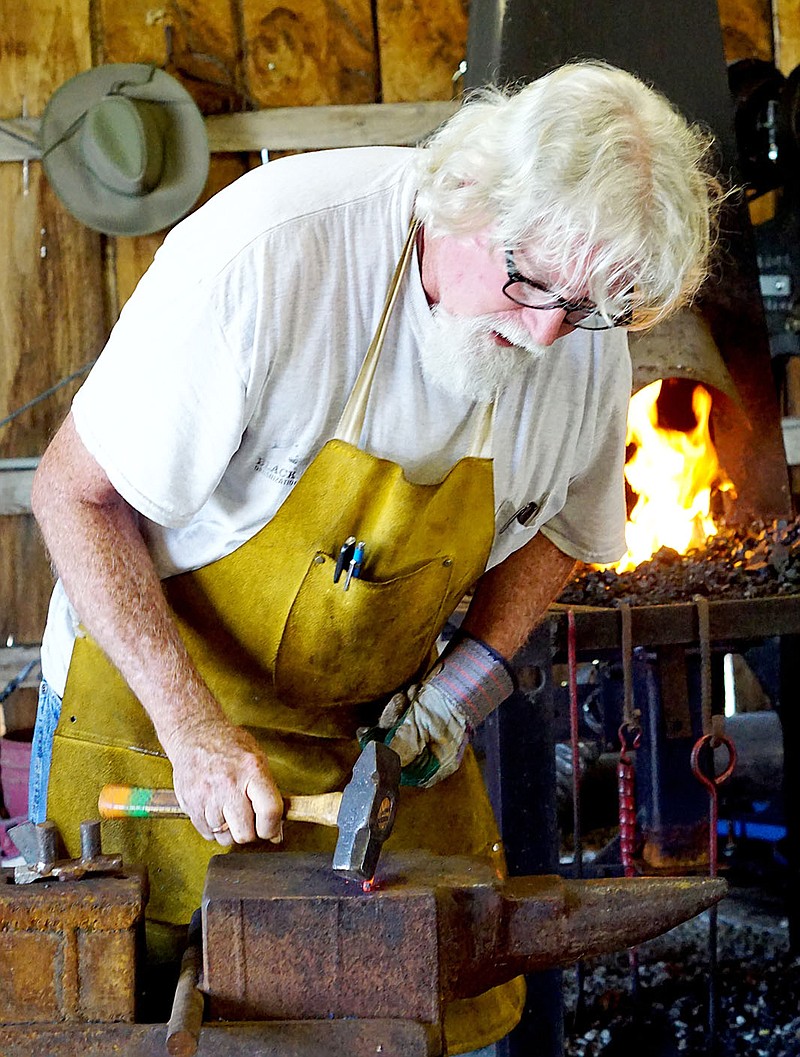 Westside Eagle Observer/RANDY MOLL Steve Low, of Gentry, bends a piece of hot iron on Friday, Sept. 6, 2019, to make a handle for a utensil he is building. Low was working at a forge and anvil in the blacksmith shop at the Tired Iron of the Ozarks showgrounds in Gentry during the fall show.

The fall show will be a three-day show rather than the two-day show held in April. The showgrounds will be open from 8 a.m. to 5 p.m. each day.

Antique tractors will be lined up for visitors to see and will be driven past spectators at noon each day in the Parade of Power.

A wide variety of antique engines will be running and on display -- many attached to old implements to show their uses in early- to mid-20th-century farm life.

Other features of the show include a working blacksmith shop and sawmills, a furnished log cabin, an outhouse photo booth, old farm implements and demonstrations, antique home furnishings with demonstrations and a concession stand. RV parking is available, and the show and visitor parking are free.

This year's show will feature the electric Farmall tractor and the Fuller-Johnson engine.

Another feature this year will be the Central States Hammer-In and Knife Show, held Saturday in conjunction with the regular visits of the Blacksmiths' Organization of Arkansas. Knives will be created, displayed and sold at the special event.

A Sunday worship service is planned for 10 a.m. at the showgrounds.

From Gentry, visitors may turn west on SWEPCO Road from Pioneer Lane or Crowder Avenue and follow the signs. From Siloam Springs, travel north on Dawn Hill Road and take Taylor Orchard Road around the north side of City Lake and up the hill to the showgrounds.

More information on the show and the club is available on the club's website: www.tiredironoftheozarks.org. 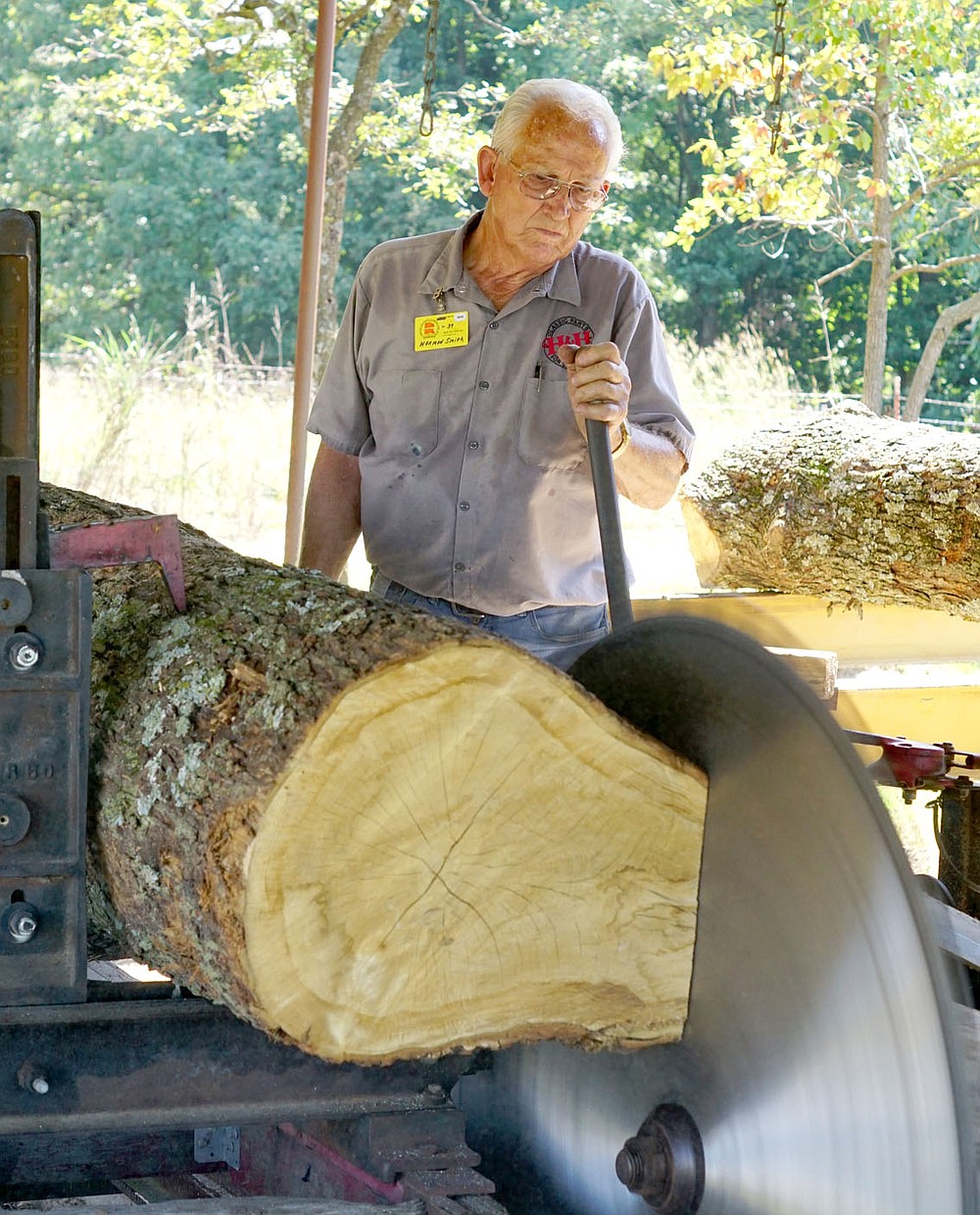 Westside Eagle Observer/RANDY MOLL Herman Smith, of Hiwasse, operates the sawmill at the Tired Iron of the Ozarks showground on Friday, Sept. 6, 2019. 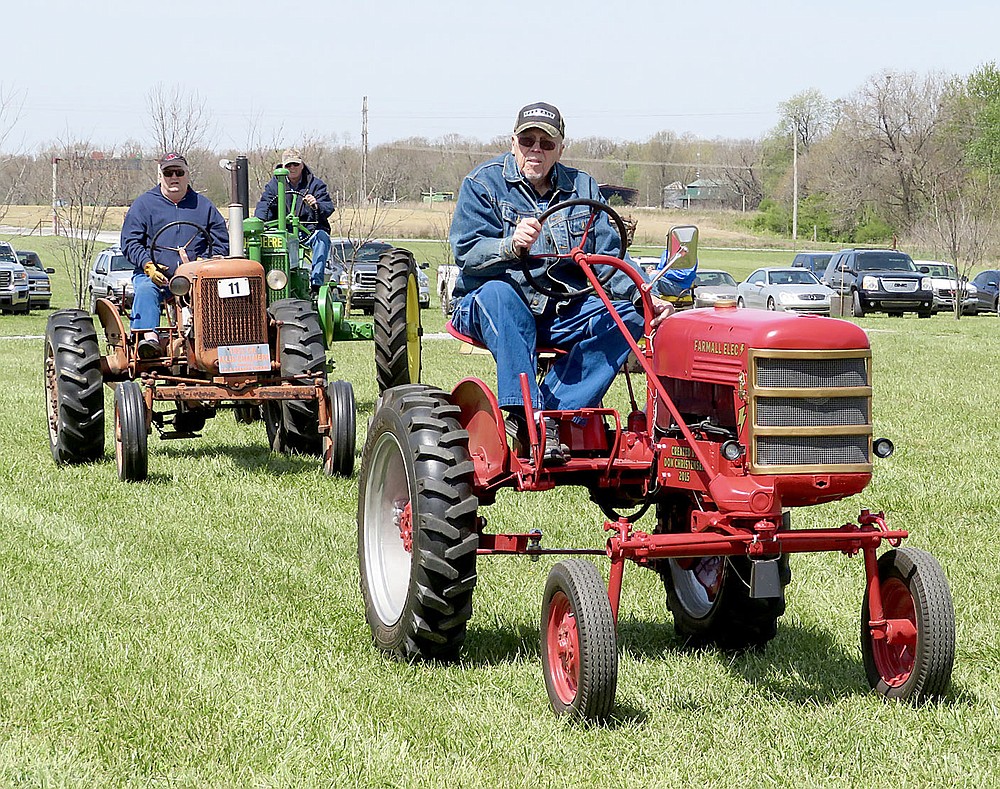 Westside Eagle Observer/RANDY MOLL Don Christensen of Gentry drives an electric tractor during the parade of power at noon on Friday, April 20, 2018, at the spring show of the Tired Iron of the Ozarks in Gentry. He converted the 1949 Farmall Cub to an electric-powered tractor in 2015 and has entered it in the show and numerous parades.

Westside Eagle Observer/RANDY MOLL This sign above the gated entrance to the Tired Iron of the Ozarks showgrounds in Gentry shows some of the featured parts of the annual shows held there each spring and fall.