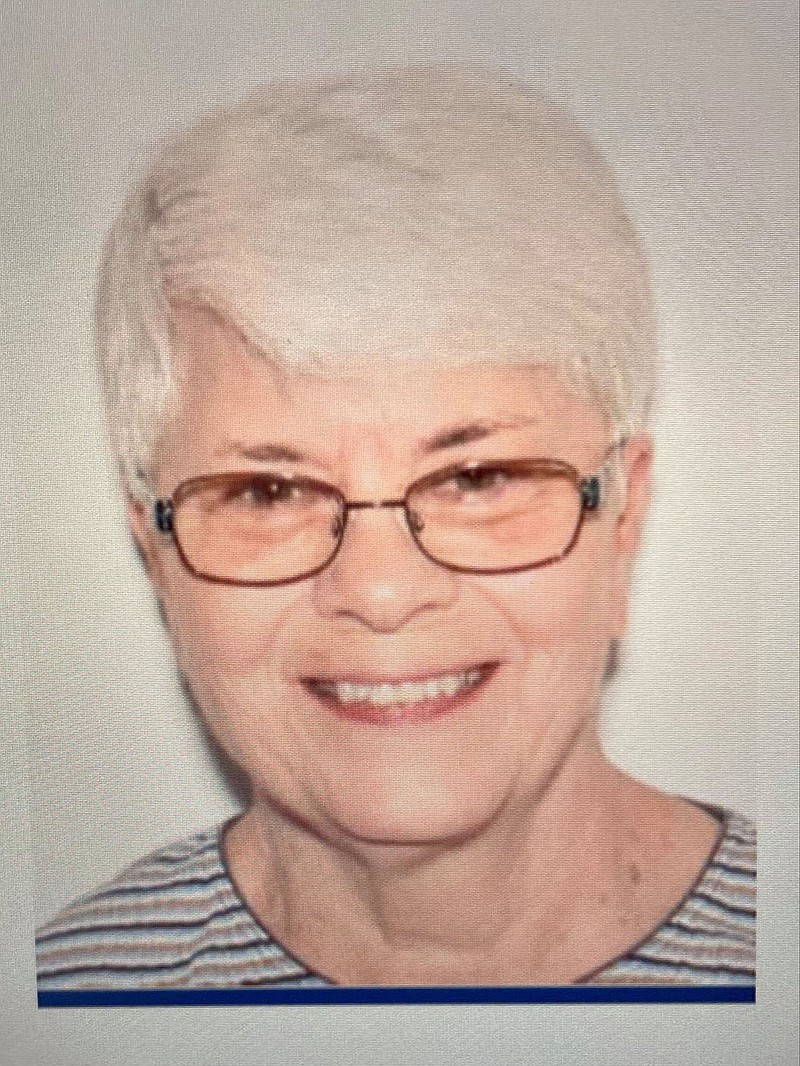 Photo submitted Barbara Doyle had been missing since Aug. 12, 2021.

The unknown ended Wednesday for Jack Doyle and his family with the discovery of the body of his missing wife.

Barbara Doyle, 74, had been missing for nearly two weeks. Doyle wandered off from Brookfield Assisted Living at 3 Highlands Crossing Drive on Aug. 12. She left after being admitted earlier that day.

Bella Vista police were alerted just before 5 p.m. and started searching for her. Multiple agencies from Northwest Arkansas and the state assisted the Police Department in the search, covering more than 1,500 acres, according to a news release.

The body was discovered Wednesday night about a quarter-mile from Brookfield, in the woods off Forest Hills Boulevard near the Presbyterian Church, during a ground search of a 120-acre area by volunteer members of the Benton County Search and Rescue team, which is under the direction of Benton County Emergency Management, said Bella Vista Police Chief James Graves.

Autopsy results Friday confirmed that the human remains were that of Barbara Doyle.

The initial search area was about 400 acres, Graves said, adding the area where the body was found was initially searched but a team went back and searched the area more thoroughly.

Graves said he was aware community members wanted to help in the search, but it wasn't safe to have people searching the area.

Jack Doyle said he and his family are glad to have gotten an answer as to what happened to his wife.

"The longer it went, the longer we thought it could go on indefinitely. It could have been one of those situations where you never know what happened," Jack Doyle said.

He said police found the body at the same time supporters gathered for a prayer vigil for the Doyles at St. Bernard of Clairvaux Catholic Church in Bella Vista. They prayed that Barbara Doyle did not suffer.

"We may never know" whether she suffered, Doyle said. "I guess we just have to trust God in his infinite mercy."

Doyle said when someone is sick, you think you are prepared for the person's death but it's not true. He said the past two weeks had been difficult for him and his family.

"We will have some ups and we'll have some downs," Doyle said. "We'll be laughing some and we'll be crying a lot, but we'll get through it."

Chris Doyle of Steubenville, Ohio, described his mother as an amazing lady.

"She had a big, infectious grin and laughter," he said. "She loved animals, especially dogs."

He also remembered his mother's wit and that she was quick with a joke.

"I'm still numb from the whole thing," he said. "I still expect to get a phone call or the doorbell ring and someone is bringing her home to us, and she's going to walk through the door."

He said it wasn't the ending his family wanted, but he will continue to trust in God.

"She loved us," he said. "She was a fierce champion for her family. She was always our coach, our cheerleader, our supporter."

Jack Doyle said he and his wife had lived in Bella Vista for seven years. They moved from the Houston area.

He and his wife would walk the short distance from their home to St. Bernard a few times each day, Doyle said.

"I have to establish new routines," he said. "That's not what I wanted to do. I wanted to continue with our routines."