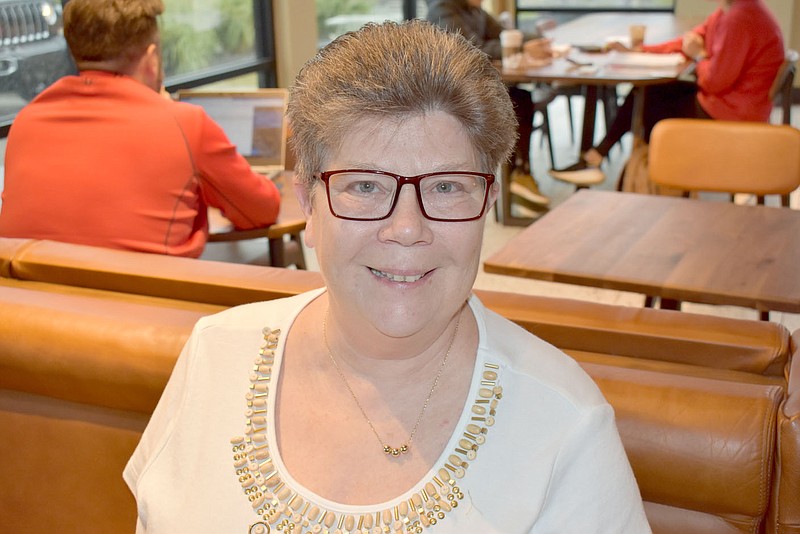 Rachel Dickerson/The Weekly Vista Peggy Davis of Bella Vista hopes her era in the U.S. Navy led to more opportunities for women in the navy today.

Peggy Davis of Bella Vista served in the Navy during a time when women didn't have quite as many opportunities as they do today, but she also got to see the beginnings of change.

She grew up in Swanton, Ohio, and at the age of 17 in 1979 she approached her high school guidance counselor and said she was trying to decide whether to go to college or into the military. The guidance counselor called the Navy recruiter, she said. Both of her parents had to give their permission for her to join the Navy, since she was only 17. She turned 18 at boot camp and graduated in 1980.

After boot camp she was sent to jet mechanic school and then to her first duty station with the HM12 squadron, where she worked on RH53D helicopters, which were mine sweepers. The helicopters pulled the equipment to blow up mines through the water, she said. In 1983 she reenlisted and joined VA42 squadron where she was supervisor of the line shack. The squadron inspected all airplanes on a daily basis at a jet airbase in Virginia Beach, Va.

While in that squadron, she had the opportunity to be one of 100 women from five different squadrons to go on a combat ship. The navy was "testing the waters" of taking women on combat ships, she said. She spent a week on an aircraft carrier that was conducting carrier qualifications for pilots. She was one of the first women to be on a combat ship.

Later in her career, the navy made the decision to allow women on combat ships, and in 1994, she went on her first six-month cruise, she said.

"I would have loved to have gone out earlier, but it wasn't available to us," she said. "There was always a big controversy about taking women out to sea," because of worries about sexual harassment.

In 1987 she transferred from Virginia Beach to a base in Rota, Spain, where they built aircraft engines and put them into the system. After that, she returned to HM12 squadron. Then in 1991 she transferred to HC6 squadron, which had H46 helicopters that have dual rotors. They were used for vertical replenishment, which is a process of transferring cargo from one ship to another.

In 1995 she took an opportunity for early retirement from the navy.

She said she hopes her era paved the way for women to do more in the navy, pointing out that they are allowed on submarines now and they can also be Navy SEALS, if they can make it through the training.

"It was very interesting. I would do it all over again in about a New York minute," she said.

Her husband, Michael Davis, was also in the navy. They have been together 27 years. She said she met him on a pier in South Carolina while doing vertical replenishment. He also retired in 1995, and they moved to Lake of the Ozarks, Mo., to be near his sons. The couple moved to Bella Vista in 2008.