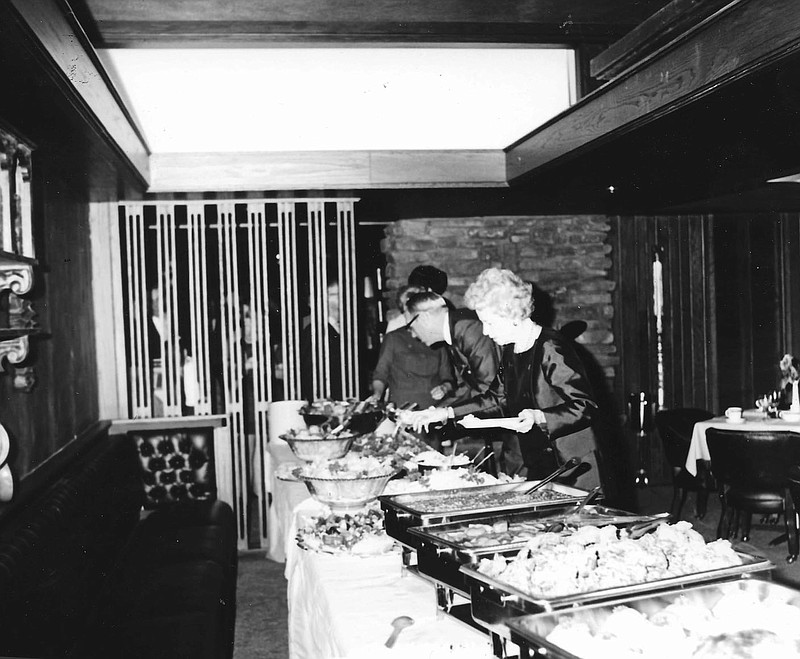 Courtesy Bella Vista Historical Museum The first event held in the newly opened Country Club was a Thanksgiving buffet in 1968.

The Bella Vista Country Club was added to the National Register of Historic Places in January, 2021, thanks to the year-long efforts of POA Advertising Sales Manager Judy Griffin and her team. It was built in 1967-68, opened on Monday, Nov. 25, 1968, and served a Thanksgiving buffet that Thursday. The following is reprinted from the December 1968 issue of the monthly Village Vista:

The new Bella Vista Country Club clubhouse was opened informally November 25 in time for activities during the holiday season. The gala grand opening for the building was deferred until spring, so that a greater number of members could attend.

The spacious building, designed by award-winning architect E. Fay Jones of Fayetteville, Ark., utilizes native stone blended with rustic wood to create an atmosphere of natural luxury. Construction on the unique building was begun in June, 1967. It was completed at a cost in excess of $1 million ...

Native stone and wood artfully blended by the architect into a man-made extension of the charming Ozark countryside have created a structure which is attracting widespread attention throughout the area. It already has been the subject of several newspaper and magazine articles and is quickly becoming a local landmark.

Courtesy Bella Vista Historical Museum The Country Club as it looked when newly opened in 1968.