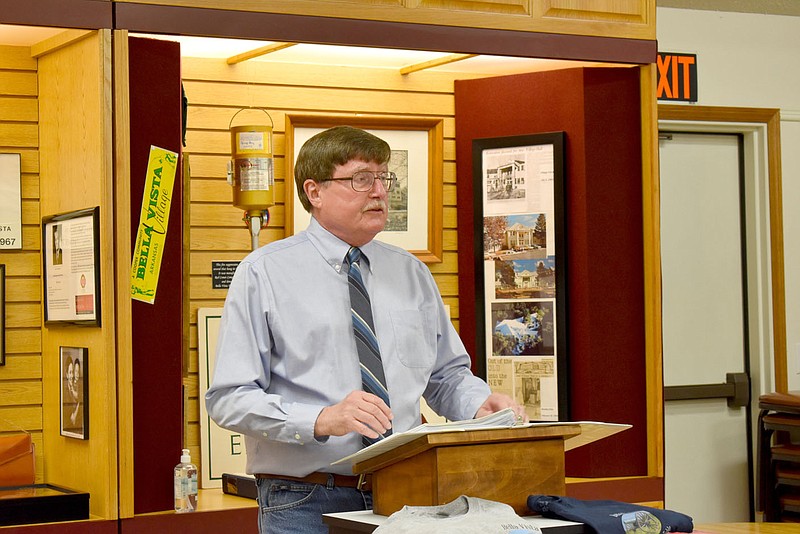 Dale Phillips of the Bella Vista Civil War Round Table spoke to a large group Thursday night about the battles of Port Hudson and Baton Rouge in 1863.

Union troops were moving upriver from Baton Rouge to Vicksburg, and the Confederates realized they had to stop the federal forces from occupying the Red River, which was a major supply route. Disease struck the union army, and they fell back to Baton Rouge, Phillips said.

Word came that the Arkansas had to be scuttled and was not going to make it. The Confederates were forced to withdraw and were never able to occupy Baton Rouge.

Confederates set up camp at Port Hudson, north of Baton Rouge. General Grant was moving against Vicksburg at the time.

There was a naval battle at Port Hudson that ended in disaster for the Union with most of the Union casualties on the USS Mississippi. Next the Union Army surrounded the 7,000 Confederate soldiers with 40,000 of their own. A full-frontal assault was ordered, but only small numbers of Union troops made it to the Confederate works and were easily killed, wounded or captured. A second assault failed, and the Union soldiers started to dig trenches.

Finally, because the Confederate troops were surrounded, they began to face starvation. They began to eat their mules, horses and even rats that they could find.

Word came that Vicksburg had fallen. At first, the Confederates did not believe it. Then on July 9, 1863, 7,000 soldiers surrendered. They had inflicted more than 5,000 casualties and had lost only about 500.

Most people think when Vicksburg surrendered on July 4 that the Union had control of the Mississippi River, but that was not the case until July 9, Phillips said.