Kellogg draws from a varied career for varied voluneer projects 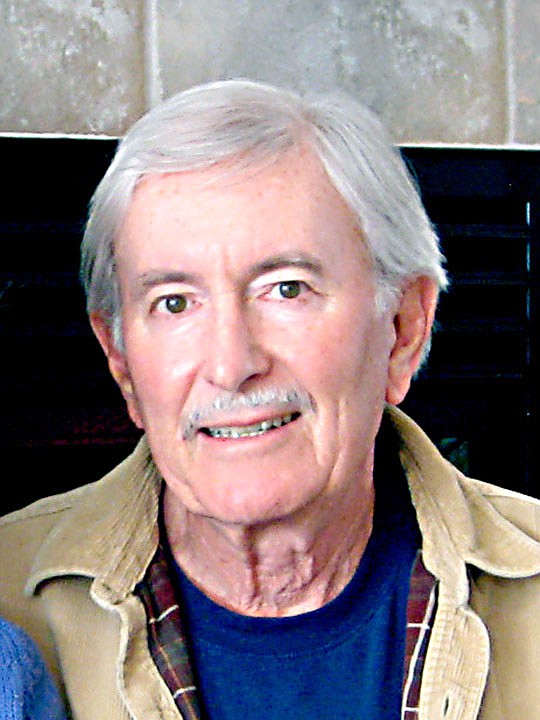 When Jack Kellogg and his wife Shirley moved to Bella Vista in 2004, they didn't want to leave Col0rado, but his in-laws needed help and they weren't going to move. The Kelloggs also had some friends already in the community.

Years earlier, Kellogg had worked with Xyta Lucas, who is now the co-president of the Bella Vista Historical Museum. While Kellogg didn't have an interest in working at the museum, it turned out that helping an old friend gave him the opportunity to do something he has always loved: tell stories.

Kellogg spent much of his career in computer technology. He also has experience in multimedia production, government relations and public relations. He retired early because of health issues and became an avid golfer. It was a good fit for Kellogg to use his experience to help at the museum with some technology.

His first project was editing some home movies taken during a family visit to the Sunset Hotel in 1930. That turned into a series of videos about life in Old Bella Vista from 1917 to 1950. Those videos run continuously at the museum for visitors, along with another one on the life of photographer Lillian Green, who worked for Old Bella Vista when it was a resort. More recently, he created a video about the settler's cabin.

The videos include some still photographs that he restored. The photos were damaged during storage in the Lineberger Winery, behind the old log cabin that was the Lineberger's home. He created a digital archive for the photos so they will always be part of the museum's collection.

More recently, he worked on the photos for the new Bella Vista history book authored by Lucas and co-president Dale Phillips. They chose 125 photos from a variety of sources and most of them needed to be restored or enhanced.

When the museum has a special guest speaker, he's the one who videotapes the presentations. Those presentations on everything from the POA tennis program to reminiscing with a professional baseball player are available at the museum.

Although he doesn't consider himself a museum volunteer, he is in charge of their security system and helps with computer issues. He's often the videographer when the museum volunteers interview residents about their memories of Bella Vista. It was one of those interviews where he learned about the volunteers who built the original trails around Tanyard Creek. He loved their story and created a video to tell it.

According to Kellogg, most of the builders were veterans of either World War II or the Korean War. In the early 1990s, they were members of the VFW, which used to meet in its own building near Lake Bella Vista. They needed something to do, so they decided to build nature trails through an area that had been used for dumping. It took five years and a group of 27 volunteers who stuck with the project.

"I was fascinated by what they were saying and what they had done for no payment. They probably weren't even planning to use the trails. I thought it was a tremendous feature of the greatest generation."

Kellogg decided they need to be recognized, so, along with museum volunteer Nancy Bumgardener, he started looking for members of the group and found several. Then he connected with the current POA management and got them involved. In 2018, he used his public relations experience to help plan an event at Tanyard Creek to recognize the volunteers and dedicate a plaque at the pavilion. He also made sure any of the volunteers who couldn't make it to the event received a plaque of their own and a video of the event.

Kellogg also has some experience in government relations that he used when he heard complaints about increased traffic on Oniell Circle. It had become a route north to Jane and the Walmart Supercenter. The road had not been constructed to be used by so much traffic and some residents were upset.

First, Kellogg consulted Google Earth and found a route that wasn't a residential street. Then he started lobbying all the parties involved, including the brand new city of Bella Vista, the county, Cooper Communities, the POA and McDonald County to build the new road. He credits then-County Judge Gary Black with recognizing the benefits of his plan and helping make it a reality.

It was, he said in an email, his biggest contribution to the community.