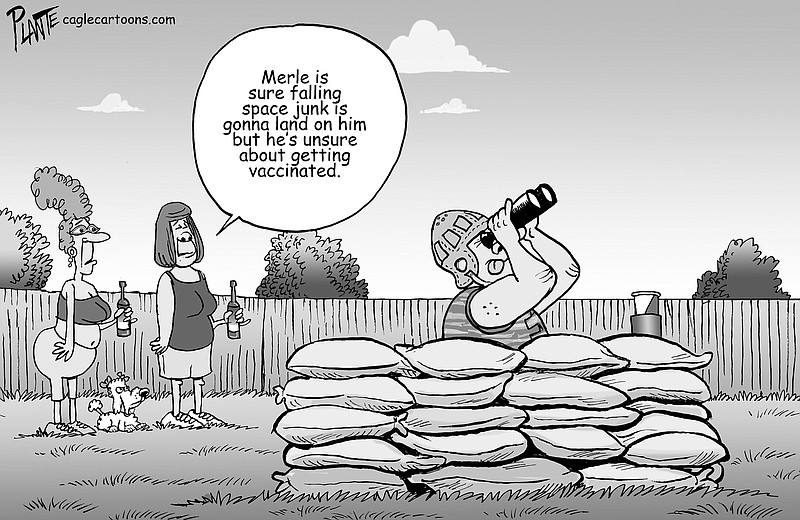 I saw my mom in person last weekend for the first time since last summer. The weekly Zoom video conferences were a godsend, but there's nothing in the way of technology that can replace a mom's hug.

Last weekend wasn't Mother's Day, but it was a special time.

That's not why Mother's Day feels a bit different this year.

My wife, Sheryl, has been a mother for more than 18 years now and a CPA for longer than that. Thanks to covid-19 and the federal government, she'll spend at least a part of this Mother's Day at her office. The IRS moved the tax deadline from April 15 to May 17 so accountants and Americans in general could have time to sort through the tax implications of all the covid relief programs.

We're used to not seeing much of Sheryl at home from January to April 15 every year. She's always made it a priority, though, to be at our boys' events, whether it was baseball games, school activities or whatever. And to be involved with the schools' parent-teacher organizations or on the board of Fayetteville Youth Baseball. She's an outstanding mom, deserving of all the accolades a day like today is intended to inspire.

But that's not why this Mother's Day feels a bit different in 2021.

I've been thinking a lot about parenting -- not just the mother's role. Thousands of parents go through this every year around May, but it's my first time to join them.

After 18 long years that zoomed by like the speed of light (other parents will understand that contradictory reference), Sheryl and I will watch our oldest son, Eli, dressed in a purple cap and gown, receiving his Fayetteville High School diploma.

This graduation thing has me feeling an uncertainty similar to when we first brought that little baby home from Washington Regional Medical Center in late 2002. Were we ready, we wondered at the time.

Now, after I've had more than 18 years in the daily role of dad, Eli's departure later this summer for life on a college campus leaves me a little emotional. I'll have to learn this new role of dading from a distance. My daily privilege of watching him grow into a fine young man and beyond will change, shifting to an occasional opportunity to glimpse pieces of the life he's building for himself. I already miss him.

Why were all those know-it-alls who told me it would go by in a flash right? Well, at least I've still got a couple of years with Eli's younger brother at home.

Somehow, I'll have to be content hoping, no matter where Eli is, he will know that I love him, that no one on this earth is pulling for him more than his mother and I, and that he'll forgive us from time to time for wanting a few details of what's going on in his new world.

The time is right, of course. He needs to go live the life we've tried to prepare him to live. It will be a thrill for him. Dear ol' Dad will be hoping he did enough in those 18 years to prepare the young man for life beyond the walls of his parents' house.

I pray that I have.

As thousands of students graduate from area high schools in the days ahead, I hope they'll forgive their parents for the unavoidable sentimentality, the proud smiles mixed with a little dampness around the eyes. And perhaps they will eventually come to understand why parents proudly lay claim to every Mother's Day and Father's Day as a way to mark some of the best days of our lives.

-- Greg Harton is editorial page editor for the Northwest Arkansas Democrat-Gazette. Contact him by email at [email protected] or on Twitter @NWAGreg.