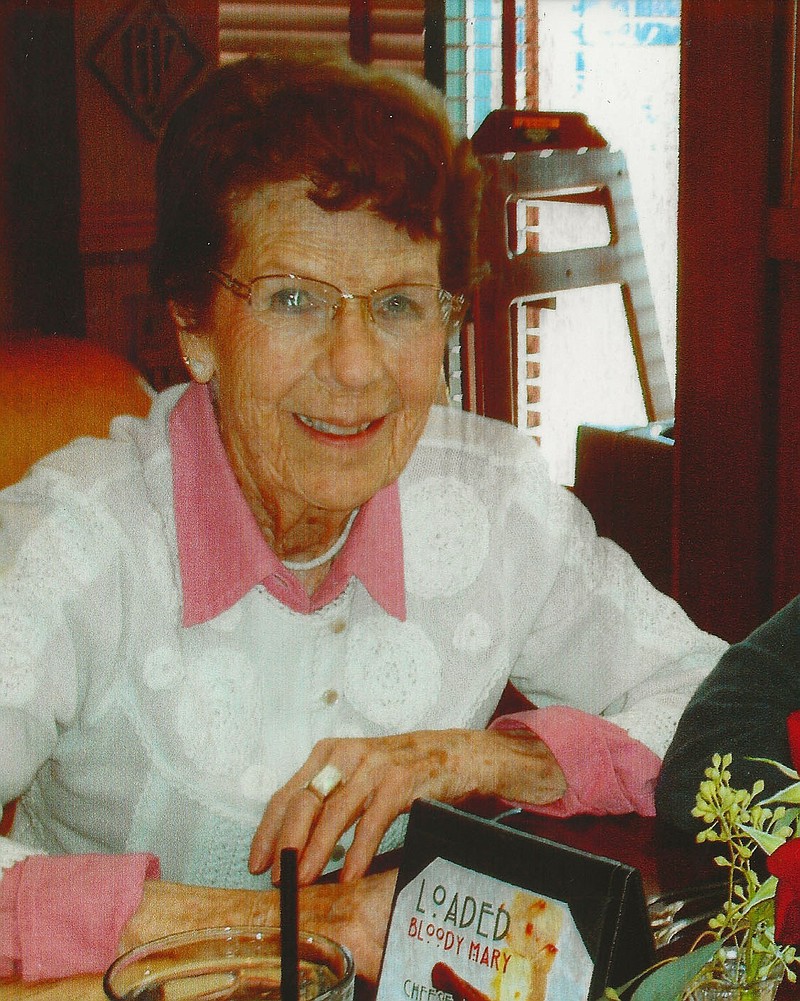 Bertha Mae Anderson was married to Henry Anderson for nearly 40 years until his death in 1981. Henry was a talented musician who started the Men's Chorus in Bella Vista, and also a talented artist, who served as editorial cartoonist for the Weekly Vista for several years. The Bella Vista Historical Museum has all of the originals of Henry's editorial cartoons that were published in the Weekly Vista, donated to the museum by Bertha Mae in 1999.

In 2003, Bertha Mae moved back to Iowa, where she lived until her death on July 5, 2021. She would have been 100 years old this coming November. When Xyta Lucas, co-president of the Bella Vista Historical Society, was researching information about Henry in 2013, she tracked down Bertha Mae, and they became pen pals. At age 98, Bertha Mae was still giving private piano lessons in her home, and playing the piano and organ at four different church services every Sunday. She retired from those activities when the pandemic hit.

Prior to her death, Bertha Mae wrote about her life, a copy of which was mailed to Xyta by the executor of Bertha Mae's estate after she died. Here is what she wrote:

"If you are reading this, it indicates that I have left my earthly life and am beginning a new adventure. Since I know the facts about my life on earth better than anyone, I have opted to chronicle them myself.

"I was born at home in Gait, Iowa, on November 20, 1921....I attended school in Lamoni, Iowa, except for the senior year, and I graduated from high school in Bushnell, Illinois. I attended Graceland College (now Graceland University) where I met my husband Henry Anderson. We were married in 1942 in Omaha, Nebraska. Our son Larry was born in 1943 also in Omaha. Those men in my life died before me, Henry in 1981, in Bella Vista, Arkansas, and Larry in Perry, Iowa, in 2008.

"I have lived in Iowa (Gail and Lamoni), Illinois (Bushnell and Monmouth), Nebraska (Columbus and Omaha), and Bella Vista, Arkansas. In 2003, I moved back to Iowa (Perry).

"What I did in each of those locales is not important. What is memorable is the unique impact you...my family, relatives, teachers, co-workers, students, friends and neighbors...had on me. You all contributed to my earthly life. I became the person I was meant to be because of all of you, with your influence, care and love.

"Now we begin a period of separation. Be glad that I have been selected to leave this aging physical shell. I have had a good, long life. However, it wouldn't have been nearly as much fun and rewarding without each of your contributions. I have been truly blessed.

"I have asked my friends not to plan a Memorial service. Please instead of spending an hour concentrating on statistics about me, make a concerted effort to help create happiness for another person. Be glad! I have just graduated."