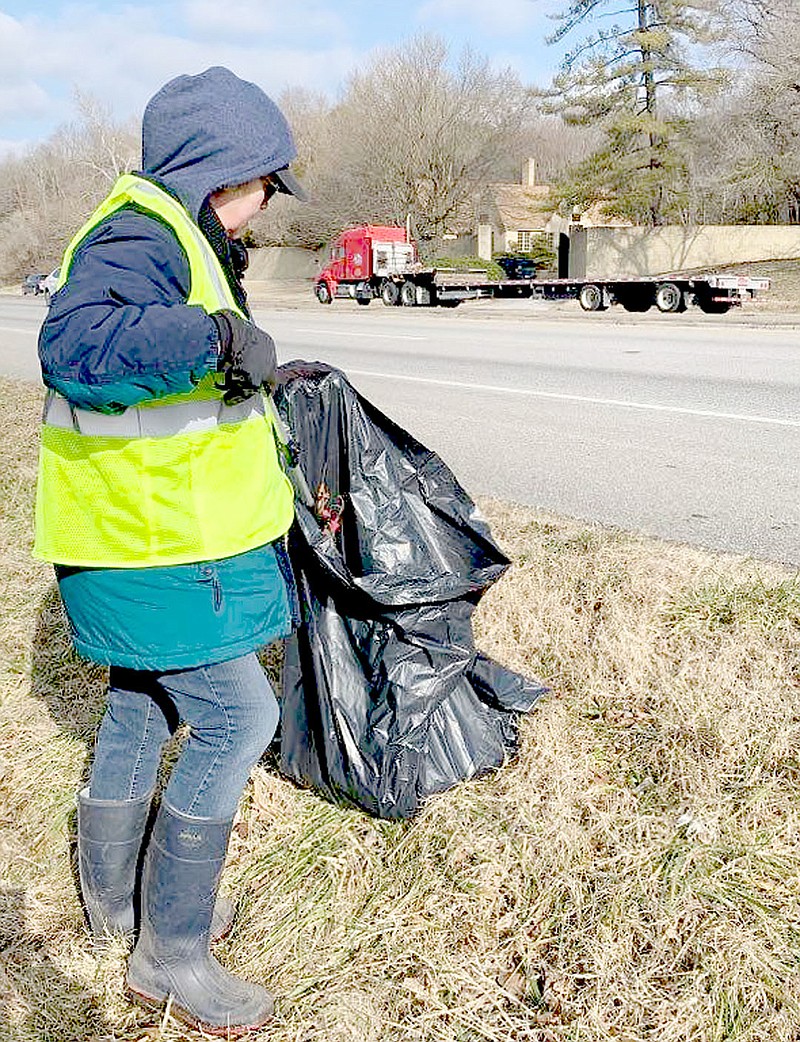 Sally Carroll/Special to The Weekly Vista Marci Downing picks up trash along Highway 71 as part of the Pick The Town Green effort. Downing said the effort is a personal issue for her. She dislikes seeing trash around the village, she said.

The cluttered roadways of Bella Vista bother William Jackson. He considers all streets and byways his backyard.

No one would come to his backyard and dump a bunch of garbage, so why would people litter beautiful Bella Vista?

"This is my backyard," he said, standing along a busy Highway 71 near the Missouri/Arkansas state line on Saturday morning. "I pick up whenever I can."

He and his friend, Sandra Armstrong, keep pickers and bags in their car trunk. They pick up trash in neighborhoods, along the roads and trails, Armstrong said.

When they found that Bella Vista had an organized group, they jumped in, ready to help.

"We found this group and they have a plan and horsepower," Jackson said.

The two were among a dozen dedicated volunteers who helped clean up a stretch of highway Saturday morning as part of Pick The Town Green. Armed with pickers and trash bags and donning reflective vests, the volunteers braved cold temperatures to pick up other people's trash.

Plastic bags, styrofoam cups, pieces of PVC pipe, tin cans and bottles are among the items the two found.

In just over an hour, the two had already filled three huge garbage bags full of trash.

Downing and her husband moved to Bella Vista from Colorado in 2018. She compares the two locations and believes Bella Vista offers amazing beauty.

"It's an incredibly gorgeous place," she said. "It doesn't compare to Colorado."

The organized effort – Pick The Town Green – takes place on a monthly basis. Volunteers chose the second Saturday of every month and meet from 10 to 11:30 a.m. Different parts of the city are on the agenda for pick-up. Volunteers are asked to cover a particular area each month.

Downing believes it's important to have an organized group of dedicated volunteers who rotate cleaning up various areas of the city. She sees a variety of trash, depending on the area of the city.

In the Highlands, she sees a lot of construction garbage. In other locations, she sees trash that was likely flung out of a car. Near the state line, there are a lot of alcohol bottles -- from single-serve and beer cans, to a half-gallon bottle of vodka, she said.

The need to pick up trash is a personal one for Downing. "It really bothers me to look at garbage."

On this Saturday morning, Downing covered a mile and a half, filling several bags. One person can make a big difference, she said.

In fact, one volunteer picked up four bags of trash before even coming to the cleanup event, she said.

Volunteers are scheduling the next event in February and will focus on Dartmoor and Spanker, Pschierer said.

A related project -- Six in Sixty -- will take place Saturday, March 20, he added. 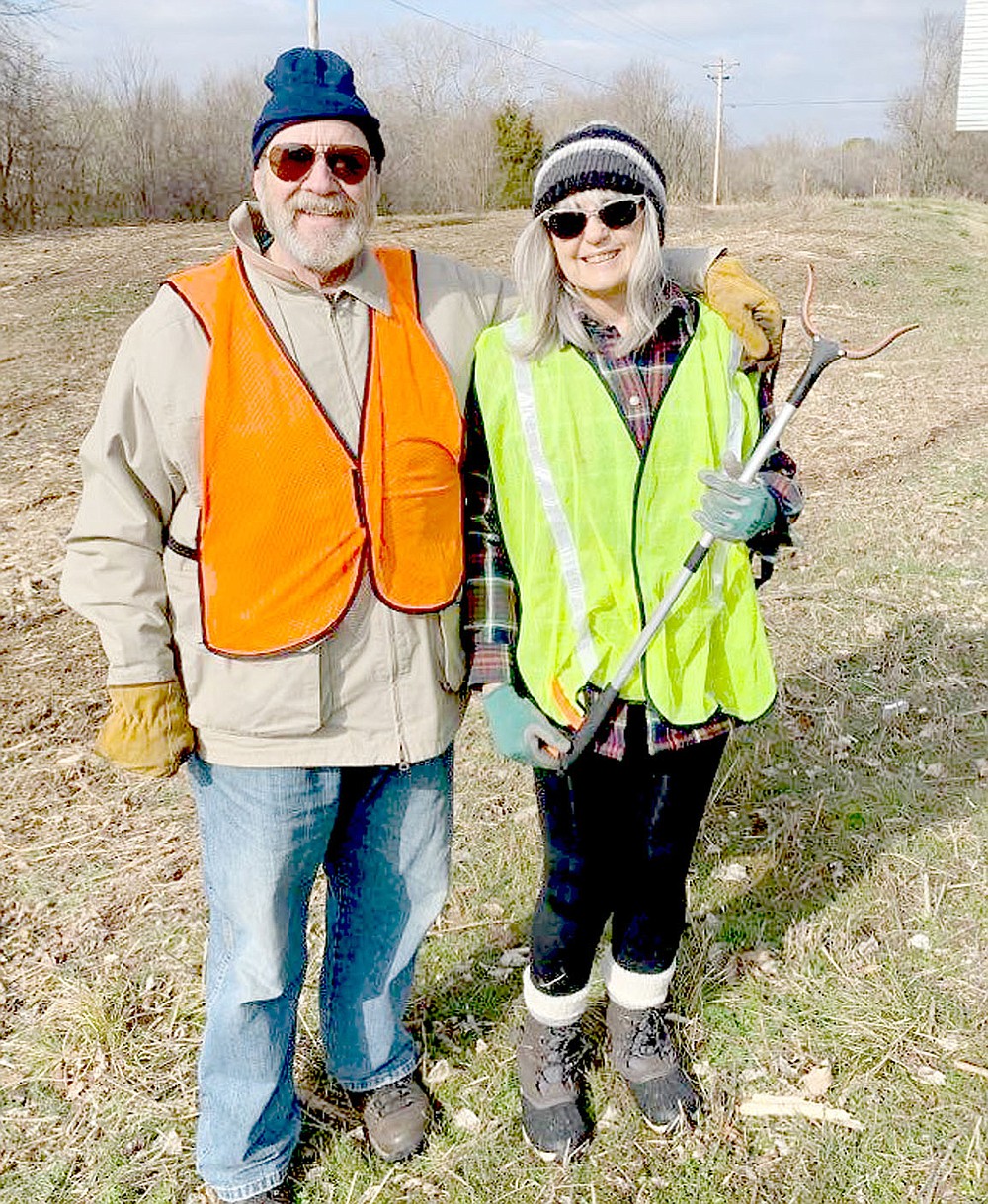 Sally Carroll/Special to The Weekly Vista William Jackson and Sandra Armstrong take a minute from their clean-up efforts to pose for a photo. The two volunteered to help clean up trash on Saturday morning and try to pick up trash whenever they can.

Keith Bryant/The Weekly Vista Tim Pschierer, left, background, picks up trash near the state line with Dan Hoover last Saturday, Jan. 9. Pschierer said there were roughly 12-15 volunteers and the cleanup effort is now a regular event on the second Saturday of each month and the next cleanup will be near the intersection of Dartmoor Road and Spanker Road. More information can be found on the volunteer group's Facebook page, Pick The Town Green.