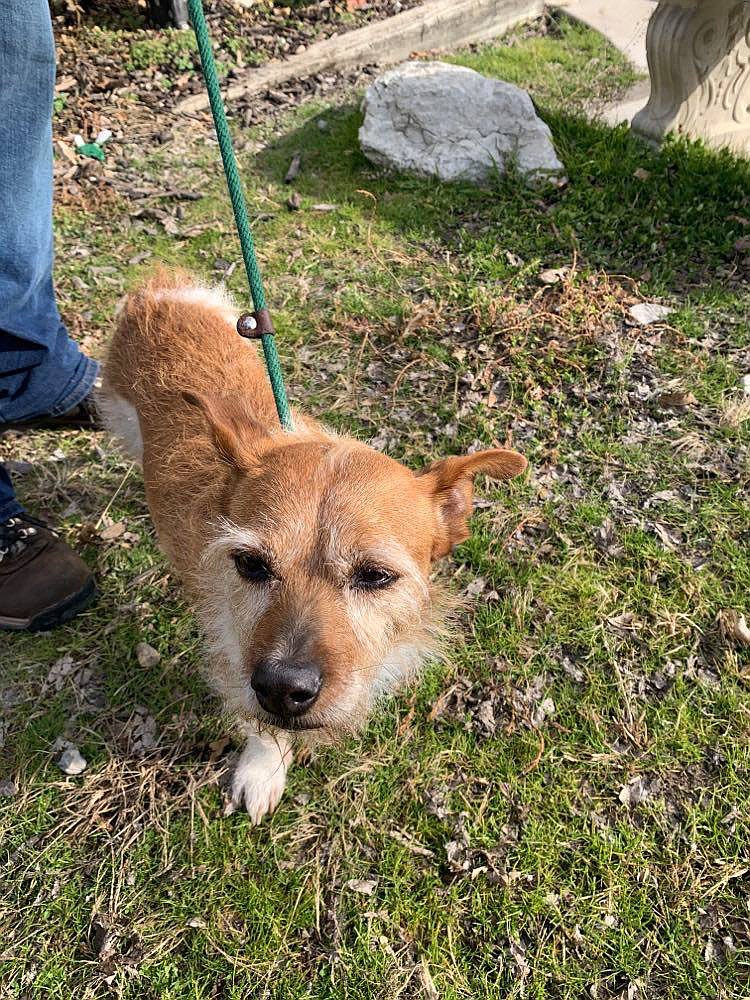 Sally Carroll/Special to The Weekly Vista This cute little dog, a wire terrier/Dachshund mix, is a well-behaved eight-year-old who came to the Bella Vista Animal Shelter a few days ago. He was awaiting adoption by an individual, officials said. The shelter saw a lower number of dogs and cats last year, according to 2020 statistics.

Crunched with fund-raising uncertainty, Bella Vista Animal Shelter officials and staff rose above the challenges of 2020 to secure its biggest goal yet: no dogs were euthanized.

Shelter staff members did not have to put down any dog last year -- the first time ever, board president Curt Stoops said.

"It was the first year we had a 100 percent live outcome," he said.

Fellow shelter officials across the country previously have referred to their own shelters as a "No-Kill Facility." Now, a more accurate phrase is considered "live outcome," he said.

Over the last eight to 10 years, Bella Vista Animal Shelter staff members have tried really hard not to euthanize, and numbers have been low in the past, he said.

2020, however, marks the first year that no dogs were put down in Bella Vista. The live percentage for cats totaled 98.9 percent. The three that were euthanized were due to extreme sickness of the cats, he said.

Financially, shelter officials were strapped and concerned as they canceled almost all their major fundraisers for the year, due to the covid-19 pandemic.

The year was tough. The shelter relies on several fundraisers throughout the year to fund the majority of its operational budget. Fundraisers such as the annual garage sale, the Corgi/Weiner Dog Races, the Dogs Days of Summer and Photos With Santa were put on hold for the year.

Of the full slate of fund-raisers, volunteers only moved ahead with the golf tournament in July, Stoops said.

Volunteers, staff members and board members work hard to create a variety of interesting, meaningful fundraisers that raise a sizeable portion of the budget. Pandemic concerns, however, meant postponing those critical fundraising events, he said.

Other contributors to the budget -- the City of Bella Vista -- pays for 27 percent of the operating budget, Stoops said.

Securing additional monies from the city would help provide a more solid foundation for the budget, Stoops said. He plans to continue lobbying city mayor Peter Christie for a higher percentage of funds.

"I believe the animal shelter benefits the whole community," he said. Having an additional cut of taxpayers' contributions would help, he added.

City officials did present shelter officials with a $20,000 check at the end of the year, he said. That check -- and other end-of-the-year donations from individuals -- helped considerably, he added.

Aid from the community helped bail out the shelter last year. The support was overwhelming, Stoops said. Those who love the shelter and what it stands for have contributed in major ways with donations of money or supplies, he said.

"It's wonderful how the community has stepped up," Stoops said. "If we post something, it seems like people flood in with dog food, cleaning materials and money."

Though it's too early to tell what the pandemic's atmosphere will be this spring, Shelter officials are hopeful they may be able to host the first scheduled fundraiser, which is the annual garage sale, Stoops said. 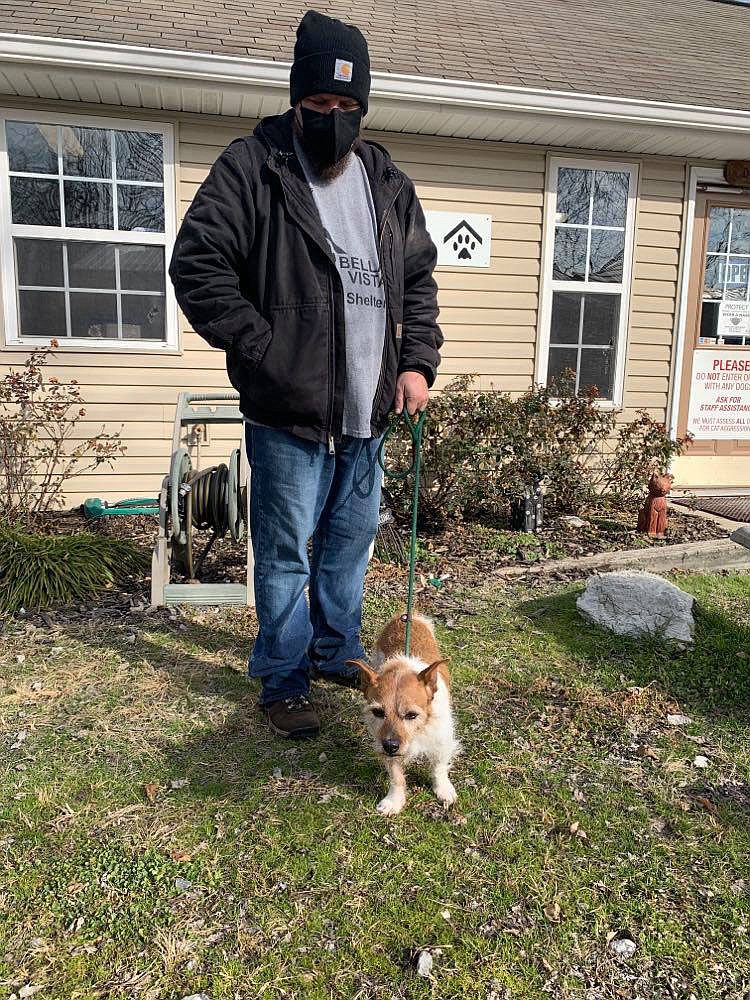 Sally Carroll/Special to The Weekly Vista Jason Winter, a 12-year staff member, shows off a wire-terrier/Dachshund mix who is expected to be adopted soon. Bella Vista Animal Shelter officials say that the shelter had a 100 percent "live-outcome" rate in 2020, meaning no dogs were euthanized
More News

A total of 217 cats were part of the system in 2020, compared to 221 in 2019. Cats are categorized somewhat differently, in that some come from areas such as the outskirts of Bentonville and other places, Stoops explained.

Perhaps the most interesting highlight focuses on the total number of animals reclaimed. Shelter officials say that 56.9 percent of all the animals who came to the shelter were returned to their owners, Stoops said.

A city ordinance requiring Bella Vistans to microchip their pets will help in reducing the amount of time in the shelter, Stoops said.

Ultimately, the microchip will help the city’s animal control officer log, easily find the owners and return the pet without having to bring the cat or dog to the shelter, he said.