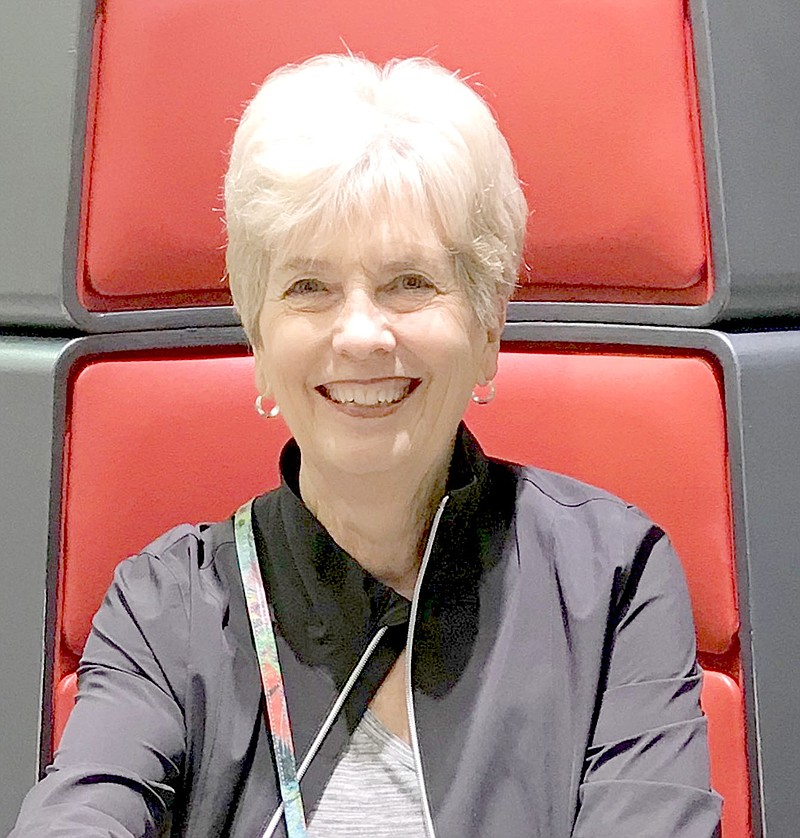 Jeffrey said she started her career as a teacher before moving into administration, eventually working her way up to the governor-appointed director of education position for the state of Iowa.

Jeffrey oversaw all elementary and secondary schools in the state, including state-accredited private schools, she explained.

"It was a very interesting and challenging job but I loved it," she said. "It gave me so many different opportunities."

Jeffrey worked through two governor appointments and spent six years in this director role, where she was active at the state and federal levels, even doing the occasional international work, she said.

Bella Vista was attractive as a retirement destination after years of visiting a son who lived in Rogers, she explained, and every time she and her husband came to visit they'd find themselves looking at the real estate listings.

The city has proved a great place because it offers the kind of amenities one grows used to after living in larger cities, but also has more natural surroundings, with gorgeous lakes and woods, Jeffrey explained.

"It was sort of the best of both worlds," she said.

After retiring here, Jeffrey said she took up gardening in part because it's something she didn't have time for previously.

Growing up on an Iowa farm helped her cultivate a love of the outdoors, but she stayed busy until retiring, she added.

"When we moved here, it was a new experience to try to garden in this soil," Jeffrey said.

While she makes no claims of being a master gardener, she has no shortage of enthusiasm.

After a neighborhood friend invited her to attend a garden club meeting with knowledgeable speakers covering a variety of topics, Jeffrey said she was hooked.

The club has also been a huge help, with several master gardeners who can help solve most issues, she added.

The club has about 85 members at the moment, though it usually hovers around 100 and Jeffrey said she believes the number is depressed somewhat because of COVID-19.

"It's a large club and it just has a lot going on all the time," she said.

Jeffrey said she views the presidency as a purely organizational role, and while she's got the experience, she's also in her second term and would like to see someone else take on the role.

"Not everyone wants to step into those leadership roles very easily, especially when they retired," she said.

Even as she considers retiring from her retirement gig, Jeffrey said she's loving life in Bella Vista, between the amenities, natural beauty and, perhaps most importantly, the people.

"Everyone is so friendly and comfortable to be around," she said.