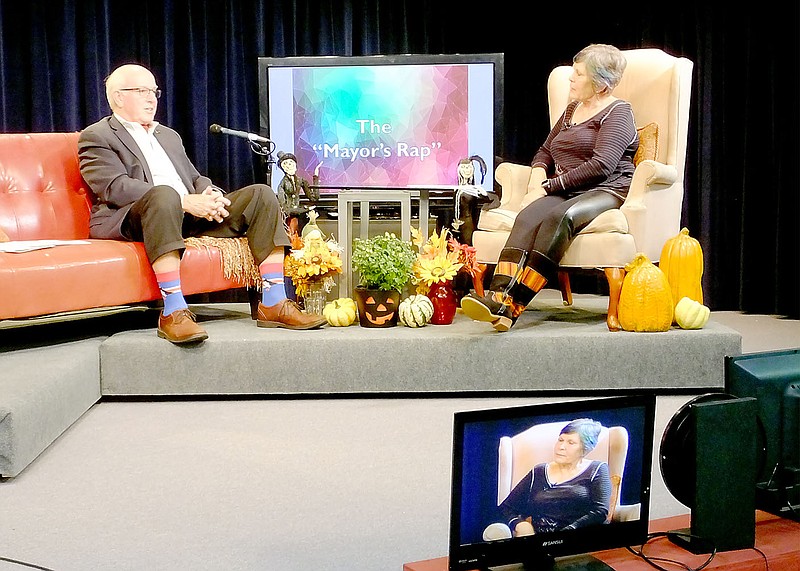 Lynn Atkins/The Weekly Vista Once a month, Bella Vista Mayor Peter Christie has his own half hour show on the Community Television Station. Last week he was talking about sales tax, street repair and the planned new police station.

A break that started with covid-19 ended with a complete renovation and some brand new volunteers for Bella Vista Community Television.

Like many clubs and organizations, the Community Television Station closed last spring to protect volunteers from the coronavirus. The station, channel 222 on Cox Cable and 99 on Uverse, may be the only community television station in the nation that is not run by a city or county. Bella Vista TV is completely volunteer, member JB Portillo said.

That means there are fewer restrictions than a city-run station, station manager Steve Little said. Most of the station's programming is also available on YouTube.

For years, volunteers have produced local television shows ranging from gardening with a local master gardener to the "Mayor's Rap" with Bella Vista Mayor Peter Christie. Volunteers record both POA meetings and city council meetings, as well as several church services. In between the locally-produced television, the station airs syndicated programs on topics of interest to the local audience.

On a recent Wednesday morning, Christie was in the station to film his show. Portillo, acting as host, asked him about topics that ranged from the work on Sunset Blvd. to an upcoming tree give-away. He announced that the library will reopen and new furniture for the new addition is on the way.

Portillo was also the host of Bella Vista and Beyond that week. She shares not only the host job but also the producer position with several other residents. As a producer, she plans the show and books the guests. Recently she had Joan Glubczynski, the POA's recreation director, and Teah Bidwell, who is a POA board member but also the owner of Bella Vista's own Skeleton House. This year, Bidwell is also producing a "Trail of Fears" map so local residents can find the best-decorated homes for the season. There are 14 homes so far, she said.

After a break, a new woman's barbershop quartet came on to talk about its solution to the problem of singing with face masks. Each carried what appeared to be a vintage microphone, but it was actually a shield. The singers performed with their shields in place.

A few pieces of furniture, some curtains and wheeled platforms give the volunteers flexibility with the sets. On Wednesday, they moved a futon that had been donated by Audrey's Resale Shop, from the lobby to become part of the set. After the mayor's show was finished, a skeleton took the center of the futon and other Halloween decor was added to set the stage for the next two guests who were discussing Halloween events.

Four volunteers painted both the lobby and the studio over the break, and more new furniture was acquired. Some of it was purchased with funds raised when the old furniture was sold, Portillo said. But the station also received donations. This year, the station became one of the beneficiaries of the only professional golf tournament that visits Bella Vista, the APT tournament.

A new, one-way mirror, gives visitors the opportunity to watch shows being filmed without being inside the studio.

With some volunteers still staying away from the studio because of their health, there was a need for some new blood.

It wasn't hard to recruit, Portillo said. She put information on Facebook and started asking around and people responded. There's no prior experience needed. New volunteers will be taught what they need to know. Since most of the shows filmed in the studio are done on Wednesday mornings, that's when the most volunteers are needed. But volunteers also bring the equipment to film POA and city meetings as well. Portillo also does a monthly show with the POA's Tom Judson called "In The Know."

New people bring new ideas. A retired teacher from Texas may offer classes in television production at the studio. Meanwhile, she is operating a camera.

For more information about the television station, visit BellaVistaTV.org. 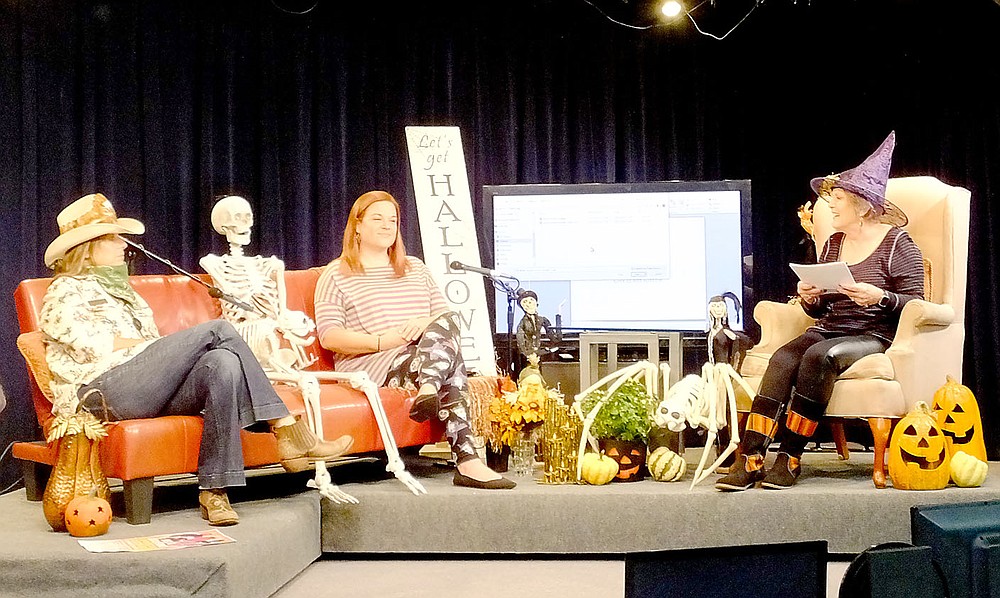 Lynn Atkins JB Portillo (right) interviews POA Recreation Director Joan Glubczynski and Teah Bidwill who turns her home into a fundraiser for a dog rescue group each year. This year, besides her "Skeleton House" Bidwell is collecting a list of homes decorated for Halloween to distribute. 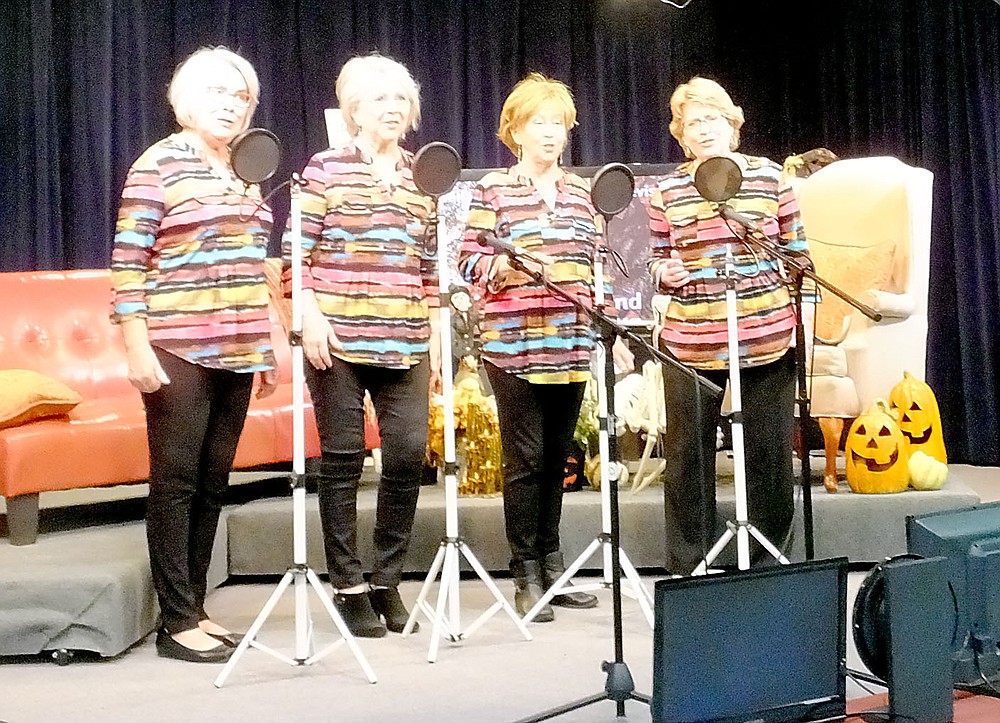 Lynn Atkins/The Weekly Vista A brand new women's barbershop quartet visited the community television station to appear on "Bella Vista and Beyond." Since it's difficult to sing with a face mask one, the group developed shields that look like vintage microphones.