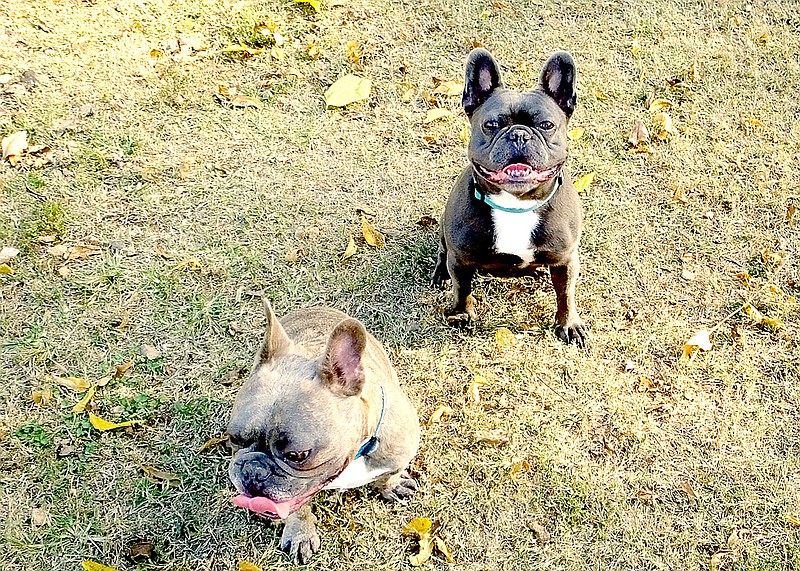 In September 2019 flooding covered much of the low lying areas in Loch Lomond Park. When the water went down, damage was evident. Fences were down in the dog park and around the softball field. The creek that runs behind the dog park had escaped the stream bed and taken chunks of land with it. The section of dog park designated for small dog park was obliterated.

The POA began cleanup on several amenities when the water receded. Eventually, the softball field and the part of the dog park that had been reserved for large dogs were repaired, but there was never a question of repairing the small dog area. The area could easily flood again and even more land would be washed down the creek, POA administrators explained.

Earlier in 2020, the dog park, along with many amenities in Bella Vista, was closed to prevent the spread of covid-19. When it reopened, POA officials announced an alternating schedule that allow all dogs to share the large dog park.

Earlier this month, the POA's emailed newsletter announced a meeting to talk about the Loch Lomond Dog Park.

The meeting, held at the park's pavilion on Saturday, Oct. 24, drew about 30 members, Lakes & Fisheries Superintendent Rick Echols said on Monday. The meeting was necessary because people were ignoring the schedule for large and small dogs. Dog owners, he said, can be emotional about their pets.

Several people suggested that a fence could be added to divide the existing large dog area, but Echols said that would cause too much wear and tear on the grass. The entire park would be muddy, he said.

An area closer to the Loch Lomond Dam has been selected to build a new small dog area. Work will start soon, but the area may not be open until late spring 2021, he said. The grass will need time to be established in the area. The cost of the new small dog park will be about $14,000.

Echols said they had looked at moving the parking area, but it would interfere with the walking trail.

Until the new area opens, Echols said the large dog area will be shared by all dogs, but the schedule will remain in effect. If large dogs are in the area on a small dog day, the small dog owners can ask the large dog owners to leave. If no one complains, any dogs can use the area.

"What's play to a large dog could hurt a toy poodle," he acknowledged. Owners of all dogs have to share the responsibility to keep all dogs safe.

He plans to re-evaluate the plan in 30 days and to see if it's working to keep both dogs and owners satisfied. 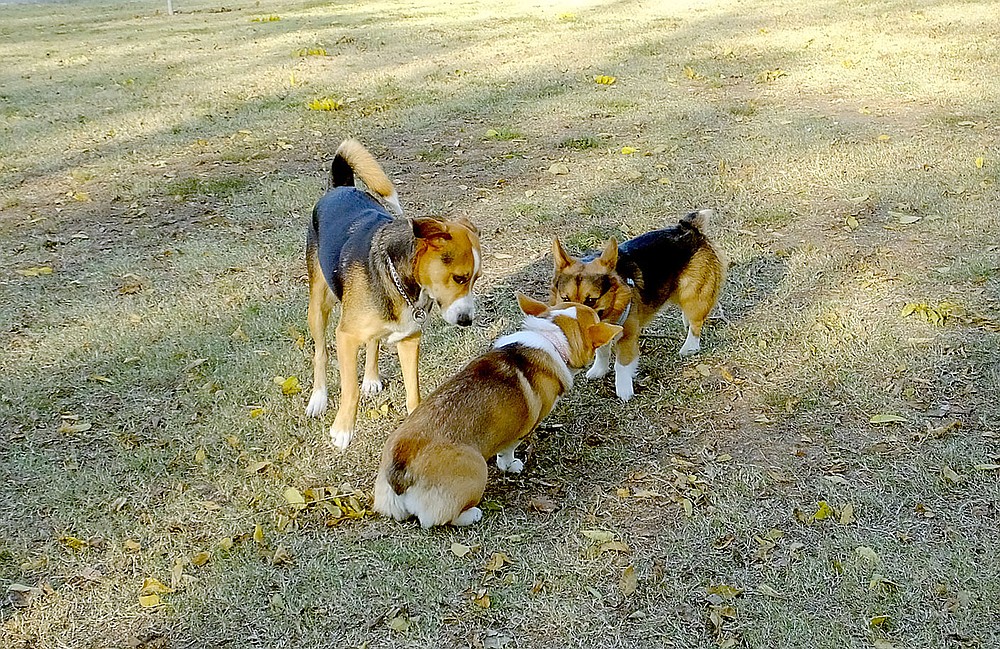 Lynn Atkins/The Weekly Vista Three dogs, a hound mix and two Corgis, get to know each other at the Bella Vista Dog Park. Many of the dogs and their owners who frequent the park become friends.