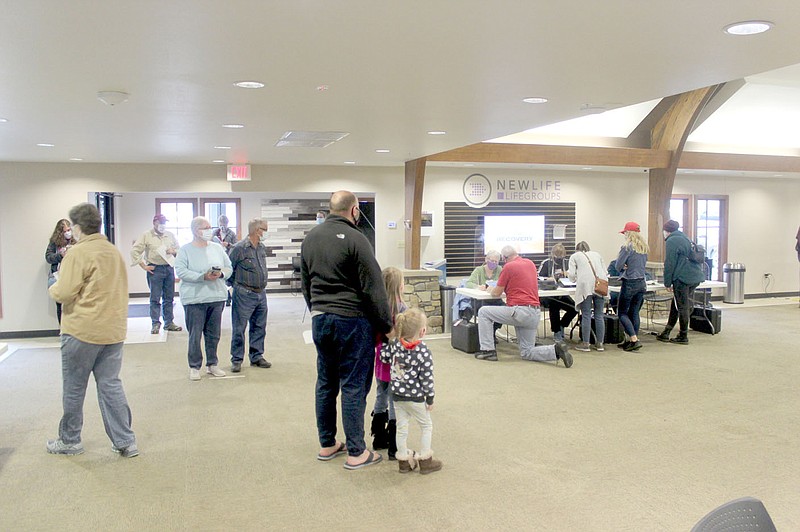 Keith Bryant/The Weekly Vista Voters line up at the New Life Christian Church for early voting while volunteers get them checked in and ready to cast their ballots.

Bella Vista's polling locations saw 7,500 ballots cast across two locations during the first week of early voting from Oct. 19 to Oct. 24, while Benton County as a whole reportedly accepted 47,488 ballots across all 14 early voting sites, according to a news release from Benton County.

According to the news release, there were 31,421 ballots cast by this point in 2016's early voting and 97,738 ballots cast countywide for the entire election that year.

Closer to the southern end of the city, 3,782 ballots were cast at the New Life Christian Church, which was at its busiest Tuesday, Oct. 20, with 840 ballots.

Tuesday also proved to be the busiest day for early voting stations in the county, with 9,519 ballots cast that day.

Lesa Hoodenpyle was one of the early voters in Bella Vista last week, stopping at the New Life Christian Church to cast a ballot on a chilly morning.

"It was pretty simple," she said.

The whole voting experience was quick and straightforward, she said.

With precautions in place, including sanitizing of equipment and people kept at a safe distance -- in addition to everyone bringing a mask -- Hoodenpyle said she felt safe casting her vote.

Alex Minor, who cast his ballot the same morning, said he was impressed with the precautions and he can't see much, if any room for improvement.

"I thought it was well executed and went very smooth, orderly," he said. 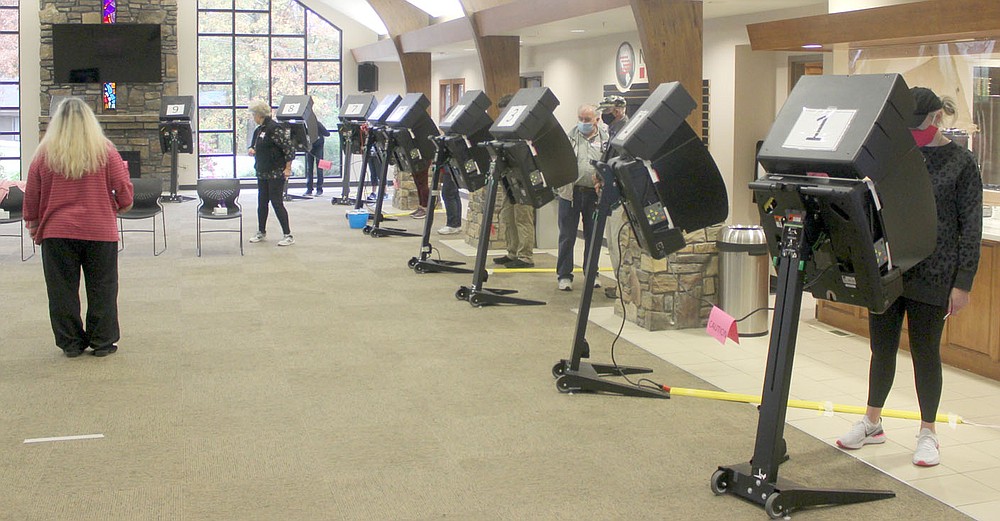 Keith Bryant/The Weekly Vista Volunteers help voters set up their ballots with electronic voting machines, with lines and voting machines kept at a safe distance to help prevent the spread of COVID-19.