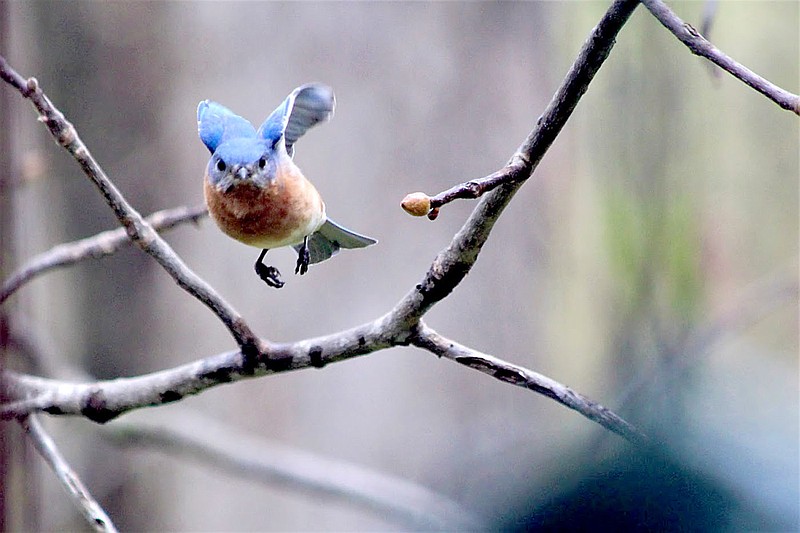 For over forty years the Bluebird Society of Bella Vista has been helping save an entire species. Eastern bluebirds, once a declining species, is making a comeback thanks to groups like the one Bella Vista.

About 70 people come to the society's meetings which usually take place each spring and each fall. But this year was a little different, President Laura Claggett said.

The group started the year planning for a fortieth anniversary party. It would have been held at the Lake Avalon Pavilion and other local clubs -- the Garden Club, the Master Naturalists and the Fly Tyers -- all planning to participate. But then Covid-19 happened and the party had to be cancelled.

Luckily, the Bluebird Society had already held their spring meeting and volunteers had their assignments. A 40th anniversary photo contest was already underway.

Bluebirds were suffering because of the loss of habitat, but an open field surrounded by trees was the ideal habitat. Golf courses made a perfect habitat. Most members adopt a "trail" and take care of a number of bluebird nesting boxes located along the trail. Trails are located on golf courses, parks and other public areas. The boxes are made to be easily opened, so the monitor can look inside.

The biggest problem is predators, Claggett said. Since the boxes are usually located on a pole, baffles can be used to discourage raccoons and snakes from raiding the nest, but there are also predators that come from above including house sparrows. House sparrows are an invasive species brought by European settlers. Like bluebirds, house sparrows are cavity nesters and they can take over a bluebird box by killing the adults as well as destroying their eggs. They need to be removed from bluebird houses. Other species that aren't invasive may move into the nest and they are left alone and counted separately from the bluebirds.

If a nest is built by bluebirds and eggs appear, it takes about 20 days for the fledglings to hatch and leave the nest. The monitors count all the fledglings, clean out the box and report at the end of the season. There is often more than one set of fledgings over the course of the summer.

This year volunteers on the trails and people who have bluebird boxes in their yard reported 1845 fledglings, bringing the group's cumulative total to over 50,000. The number was slightly lower than last year because two trails weren't monitored, Claggett said. One trail on the grounds of Concordia couldn't be monitored in the early summer when the grounds of the retirement community were closed because of covid. When volunteers were finally allowed to check the boxes, they found nests had been built and used but there was no way to know how many fledglings grew up there.

One volunteer bowed out of a neighborhood trail and was not replaced, she said.

The Bluebird Shed, on Highway 340, sells bluebird boxes for the club. Owner Butch Tetzlaff is working on a research project with University of Arkansas and some local volunteers to help understand migration. 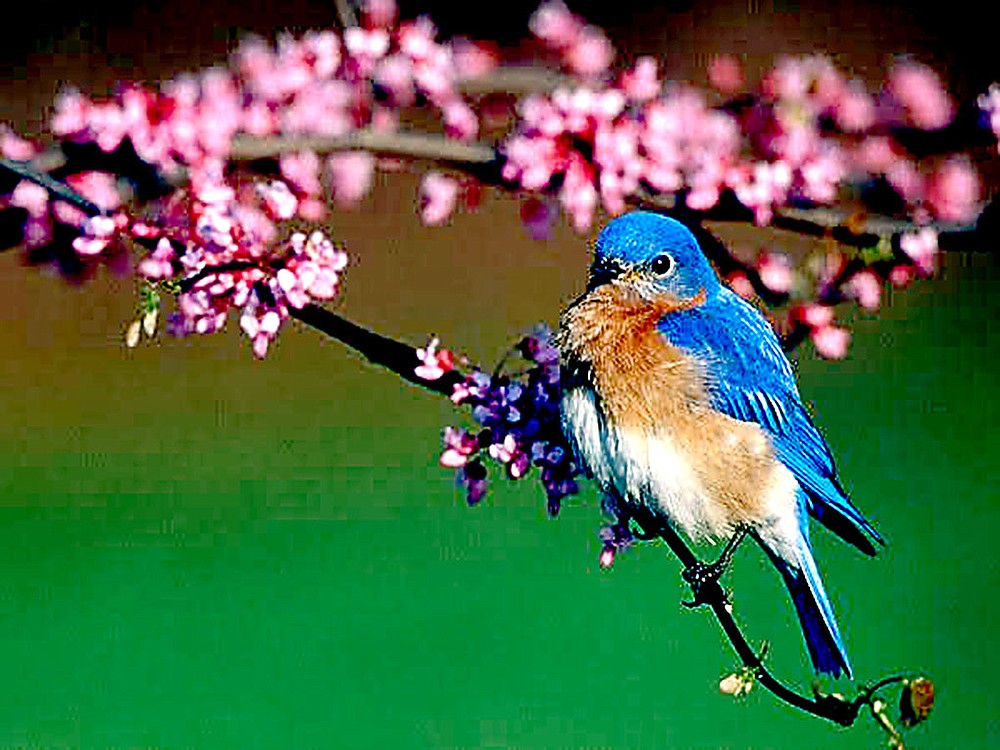 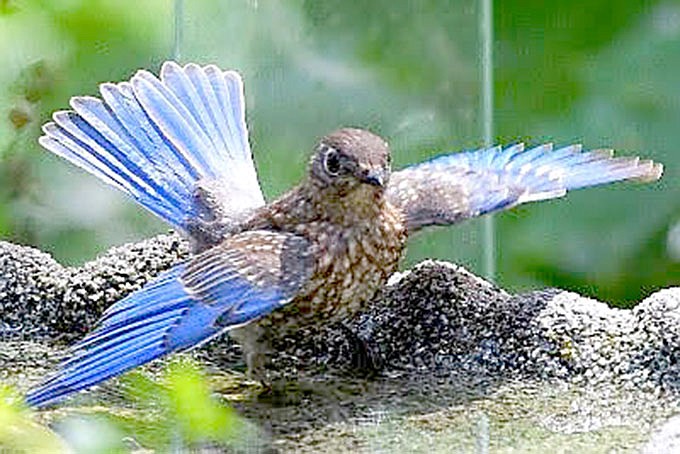 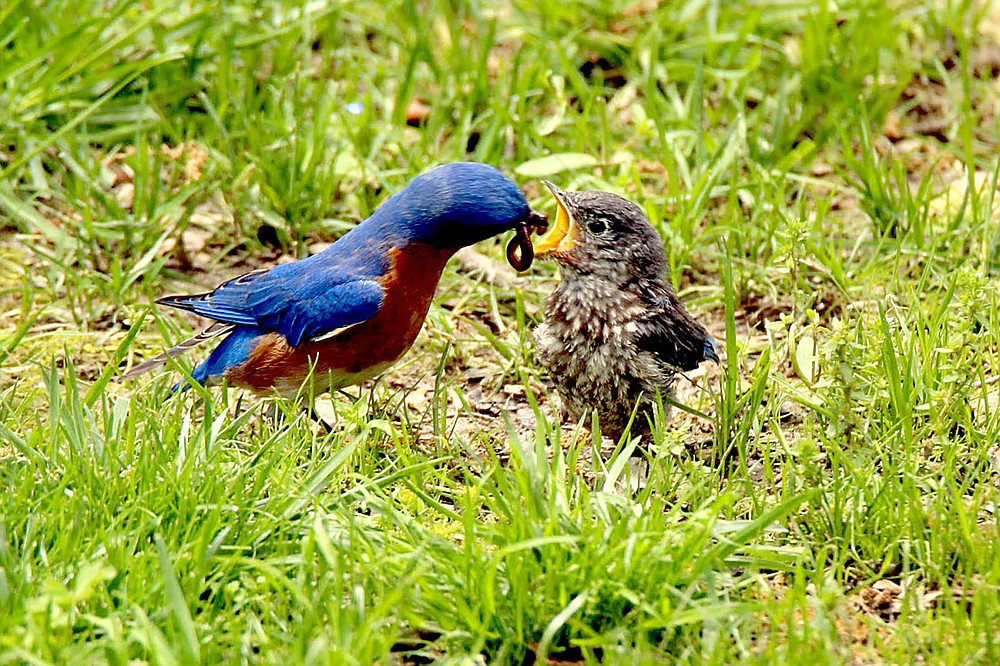 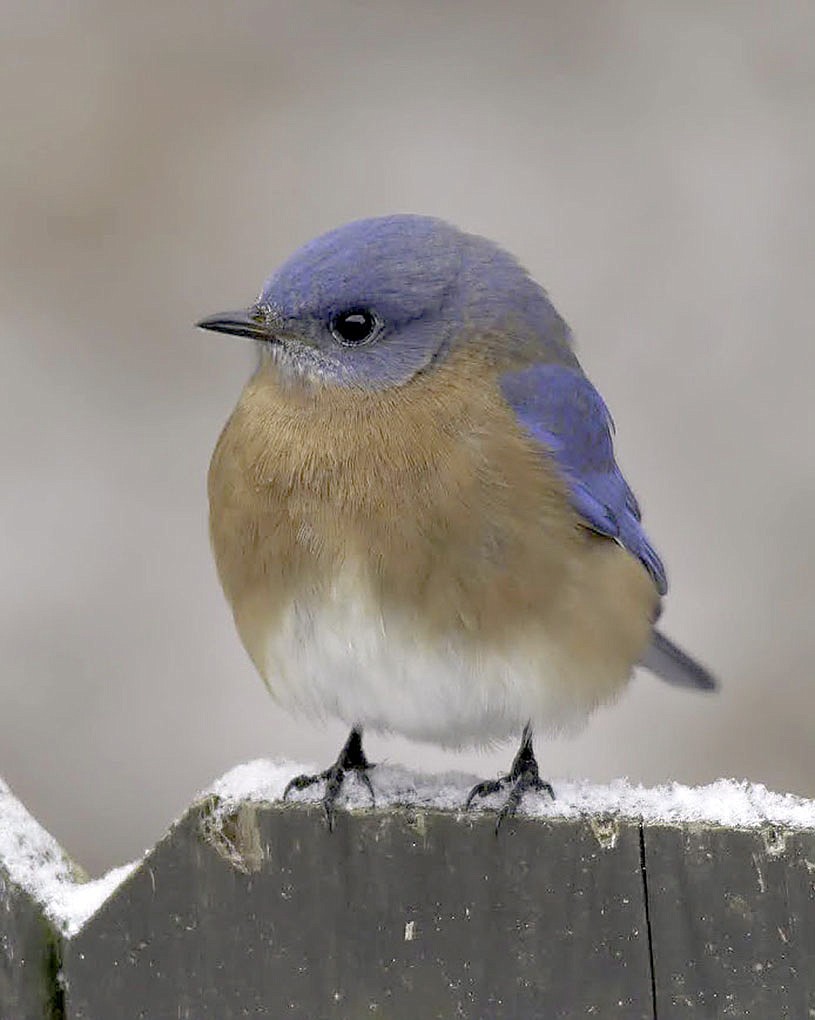 Quin Warsaw was given Honorable Mention for this photo. 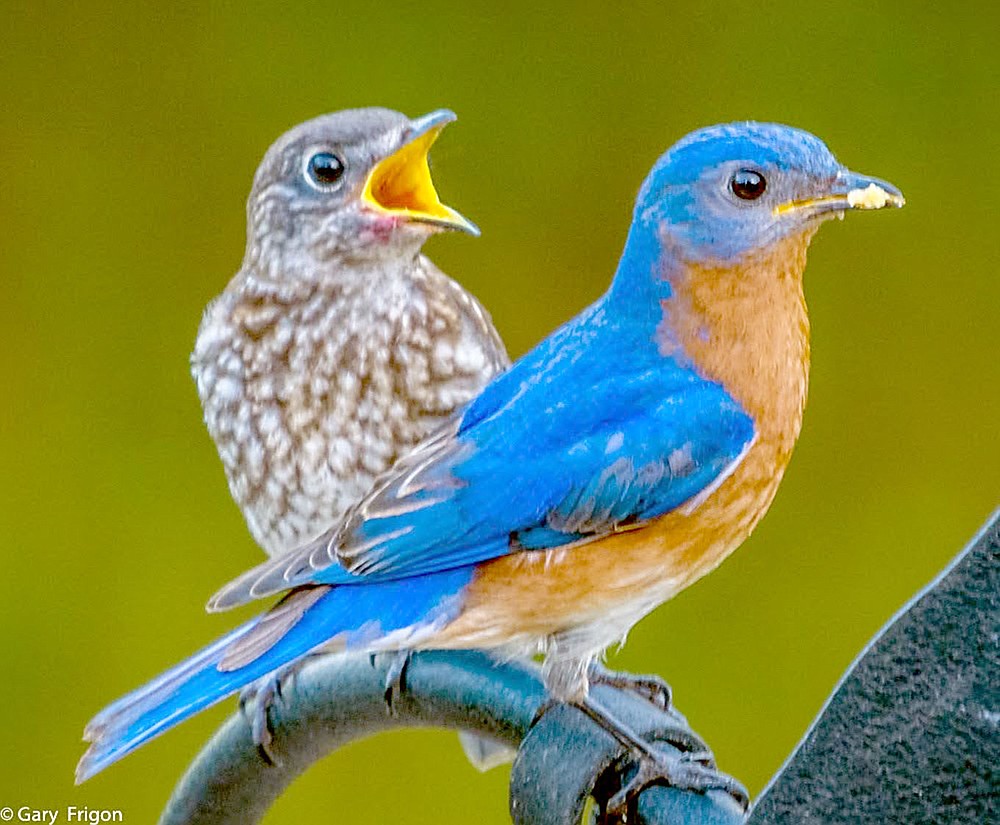