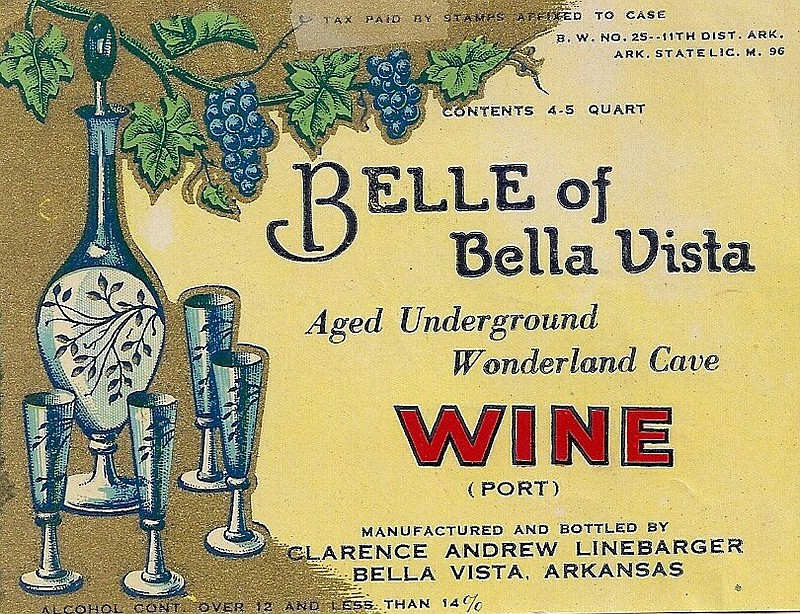 Reprinted story from the Past Perspectives column in the Weekly Vista on January 2, 2013.

A majority of Benton County voters in November voted to overturn the previous vote in 1944 and once again become a "wet" county, meaning that grocery stores and convenience stores will be able to sell beer and wine, private clubs will be able to purchase beer and wine from wholesalers rather than at retail prices (although the other liquor they sell will still have to be purchased retail), and packaged liquor stores can apply for a permit to sell beer, wine and other liquor.

However, Prohibition went into effect in 1920 and was not lifted until 1933. Private ownership and consumption of alcohol had not been illegal, although the local bootleggers in northwest Arkansas and southwest Missouri produced more than they could consume themselves and were known to have sold it to Bella Vista residents and visitors. After Prohibition was lifted, Arkansas remained dry under previous state statutes, but in 1935, liquor sales were renewed as a source of new tax revenues, and that evidently started C.A. Linebarger thinking of new revenue for the Bella Vista summer resort that the Linebarger Brothers had opened eighteen years earlier. He already had a tall two-car garage that he had built in 1928 behind the big log house which had been acquired in the original purchase of the resort property, across the road from Lake Bella Vista.

So, in 1935, he applied for and received the state's 25th permit, then converted the garage into a winery.

When he was born, his parents never gave him a middle name, just the initial to go with his first name of Clarence, but he had to list a middle name on the permit, so he took Andrew, and the winery became the Clarence Andrew Linebarger Winery.

Linebarger added a loading dock to the back of the garage, 4.5 feet off the ground. He set up a large vat, about six feet tall and six feet wide. He brought in a crusher and a press, but years later, when the Linebarger granddaughters donated those two pieces to the Arkansas Historic Wine Museum near Paris, Ark., they appeared not to have been used. It is therefore likely that Linebarger did not crush the grapes in his winery, but rather purchased the juices and blended them. There were plenty of grape growers in Northwest Arkansas at the time, including Wilson Brown on his Rago farm a few miles east of Lake Bella Vista.

Linebarger sold his wine under the names "Belle of Bella Vista" and "Wonderland." He started out slowly but, by the third year, he produced about 4,100 gallons of wine. He sold most of it to nearby towns but served a good deal of it in the Sunset Hotel dining room and in Wonderland Cave. However, he decided winemaking required too much work and stopped in early 1939.

Today there are two small wineries operating in Eureka Springs, Keels Creek and Railway, but, otherwise, the only winery nearby is the Tontitown Winery in Washington County, whose wines are produced onsite from local Tontitown grape growers. In 1898, Tontitown began holding grape festivals to celebrate the harvest and continues to recognize the grape-growing history with its annual festivals held each summer. 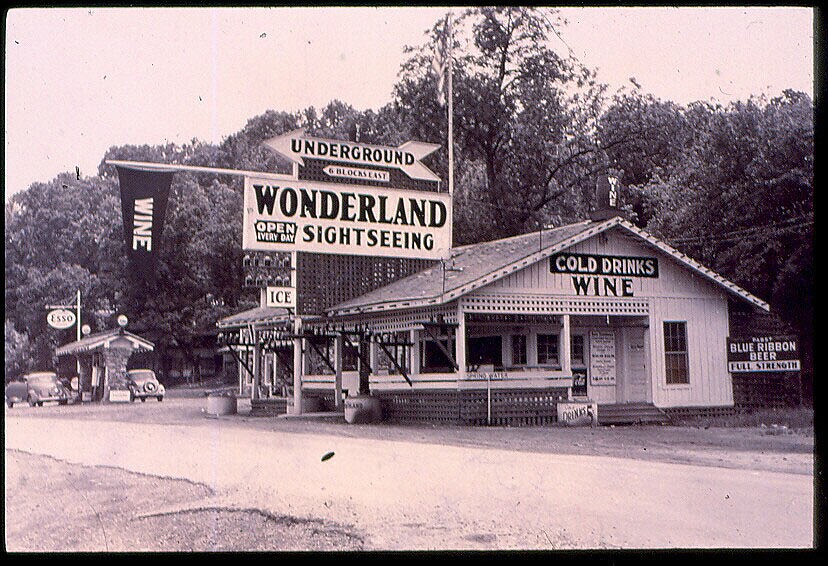