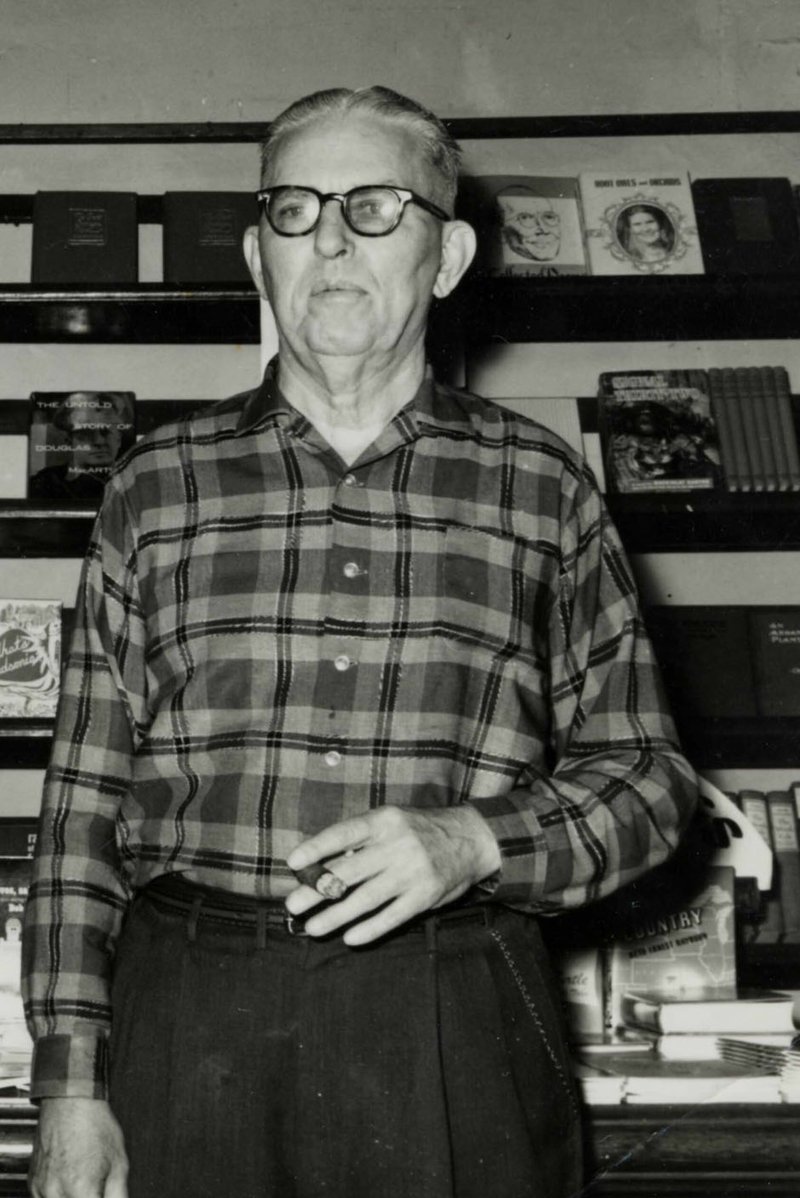 Below is a reprint of Xyta Lucas' Past Perspective column in the Weekly Vista April 24, 2013

Where did Lake Rayburn get its name

When John Cooper Sr. came to the Ozark region of northwest Arkansas and opened his newest development, Bella Vista Village, in 1965, he needed to come up with names for everything he was building, including all the lakes. One category of names he considered was that of popular writers on Ozark mountain subjects.

One of the best known of those writers was Otto Ernest Rayburn, and it was his name that Cooper chose for the lake above the intersection of Highway 71 and Kingsland.

The Village Vista of June 1966 reported, "Rayburn was the author of several books on the Ozarks and their people, as well as a feature writer for newspapers and the publisher of the Ozark Guide magazine ... Lake Rayburn will bear his name."

Rayburn was born in 1891 in Iowa, moved to Kansas in 1904, attended college in Missouri, and served in the Army during WWI, after which he taught school in Kansas and Arkansas. In 1924, he moved to Kingston, Ark., where he continued his academic career but also published his first magazine, "Ozark Life," in June 1925, and began writing columns on Ozark folklore for Arkansas and Oklahoma newspapers.

Throughout the 1930s, Rayburn continued to publish Ozark magazines and teach school in several communities. In 1940, he was commissioned by a New York publisher to write a book on the Ozarks as part of the American Folkways Series.

The Townsend Books website states, "A total of 28 books in the series were published. Each book in the series focused on a unique, different area of the country, each provoking an appreciation of regional consciousness and preserving the historical basis for the folkways of America."

Rayburn's book, called "Ozark Country," was published in December 1941. It became so popular that it went through four printings.

In July 1943, Rayburn started another magazine, "Ozark Guide," which he continued to publish the rest of his life. After his death, it was succeeded by "Rayburn's Ozark Guide Yearbook," published by Gerald Pipes in Missouri from 1961 to 1966.

Rayburn retired from teaching at the end of 1943, and in 1946 moved to Eureka Springs, where he published "The Eureka Springs Story" in 1954 and his autobiography, "Forty Years in the Ozarks," in 1957.

In his autobiography, Rayburn wrote that in 1955 he came up with the idea of an "Ozark Folk Encyclopedia," consisting of the 40 years' worth of materials he had collected about the Ozarks. He wanted his materials to be preserved for scholars and public access, so he carefully organized them and donated them to the University of Arkansas Libraries' Special Collections Department.

Otto Rayburn died on Oct. 30, 1960, at the Veterans Hospital in Fayetteville, following a short illness. The Eureka Springs newspaper honored him in an editorial saying, "The passing of Otto Rayburn leaves a vacuum in Eureka Springs and the Ozarks that may never be filled."

The Arkansas Historical Quarterly of July 1, 1999, noted, "Rayburn never made much money at publishing regional magazines (but) persisted for more than forty years and earned a place among the romantics, scholars, and promoters who, in the first half of the twentieth century, recorded the culture and lore of the southern mountains."

And now you know the rest of the story, why we have a lake named Lake Rayburn!

Lucas is a docent at the Bella Vista Historical Museum.

Lucas is currently the co-president of the Bella Vista Historical Museum, located next to the American Legion at the corner of Highway 71 and Kingsland. Visitors are welcome, Wednesday through Sunday afternoons, from 1 to 5 p.m. For more information, see www.bellavistamuseum.org.