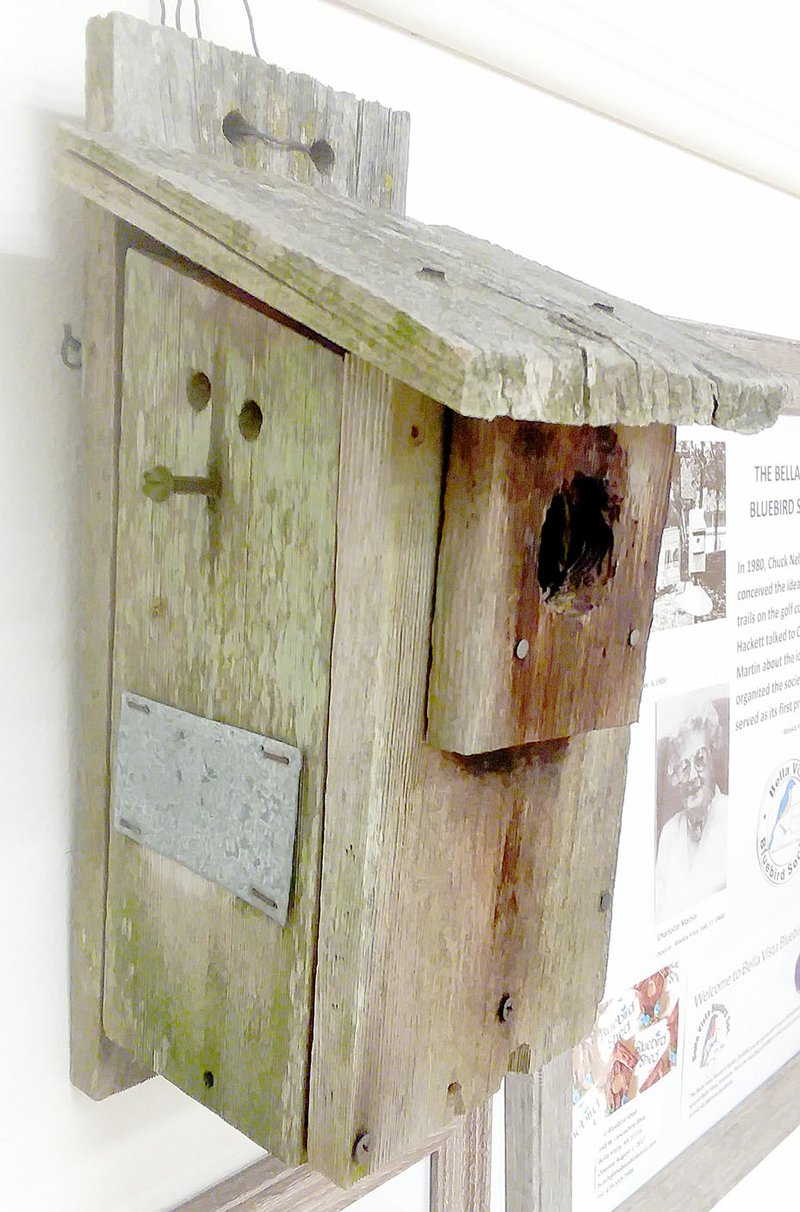 Keith Bryant/The Weekly Vista A bluebird house that was located on the Highlands golf course for roughly 20 years is now retired and on display at the Bella Vista Historical Museum.

The Bella Vista Historical Museum has a new exhibit highlighting the Bella Vista Bluebird Society, one of the community's volunteer groups that have set up bluebird houses across the golf courses.

The exhibit features a well-worn bluebird house that stood for 20 years on the number 11 green at the Highlands golf course, surviving numerous storms and providing a space to raise countless birds over those two decades. Alongside it are photos and displays detailing the volunteer group's history.

John Bozarth, who volunteers with the museum and the bluebird society, said he's glad the exhibit is in place.

"It's good information for people who don't know about it," he said, though he added the society has been around since 1980, so he's surprised to find people who aren't aware of it.

Bozarth said he joined the society when he was looking into volunteer opportunities after moving to the area. He's always loved watching birds, he said, and the society does require a significant amount of work, but it also gives him a chance to spend time enjoying the outdoors and taking in the golf courses without playing.

Typical bluebird houses will need to be cleaned out two to three times per year, he said, and they need to be checked on periodically as well.

"People put in a lot of time and effort," Bozarth explained.

It's a lot of work to help out a formerly-endangered bird -- and recovering, at least in part, because of work by bluebird societies across the country -- he said, but bluebirds are fascinating animals.

They're very strong flyers and spend a lot of time hovering, he said.

New bluebird house trails are constantly being added as well, he said.

"Every year it's progressed," he explained.

Expansion is nice, he said, but it also means the society is always looking for additional volunteers.

"It's a whole category that we didn't have before," she said.

The birdhouse on display is almost an antique itself, she noted.

Lucas said she's glad to have an active bluebird society in the community and she values bluebirds a great deal because, in addition to adding some color to the landscape, they also eat plenty of mosquitos.