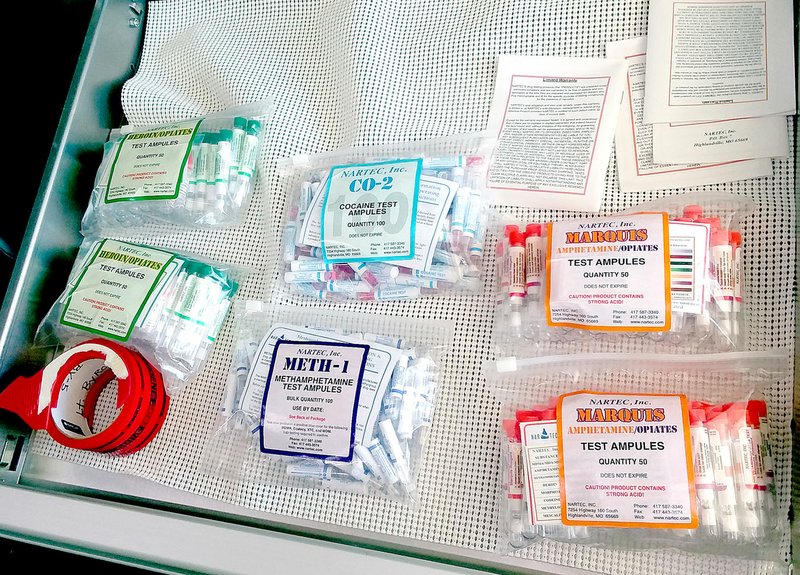 The Bella Vista Police Department has been using a new vehicle this year to investigate crime scenes and process evidence.

The van was acquired last year at no cost through the Department of Defense Law Enforcement Support Office, or LESO program, and came fully stripped down. The police department received $50,000 in its budget to outfit the vehicle, Stival explained, and work finished in June.

There are still some odds and ends, he said, but as of right now it includes a workspace to examine and process evidence and interview witnesses, storage space for investigators' tools and exterior lighting that can light up a crime scene at night.

"It's a wonderful tool for us," he said. "We're using it on every search warrant ... it really saves us time."

Having more tools like this means the department has to rely less on outside help, he said, and the van provides a big billboard that essentially states a criminal investigation is happening to give residents a bit more understanding of what the police are up to in their neighborhood.

There's also a cellular SIM card in the truck, which allows it to provide WiFi to officers and investigators on-scene, he said.

One of the simplest uses it has is simply as a platform, which allows investigators to take wide photos from a vantage point, he added.

It's worth noting that while investigators do their best, the evidence isn't always there -- fingerprints and DNA aren't always available like they are on TV, he said.

Before this tool was put into use, investigators had to check a crime scene, bag their evidence, return to the police department, unbag it, process it and bag it again before putting it into evidence storage, while the new system allows processing on-site, so items can go more directly from the crime scene to evidence storage, Stival said.

"We're logging evidence into the system as we obtain it," he said.

A crime scene that might take two or three days to examine previously can be done in a day, he said, and that translates into more work getting done overall, he said.

Moreover, because it saves work hours for multiple investigators, the truck shouldn't take long to pay for itself, he explained.

But most importantly, with more time to dig into cases and less spent dealing with evidence, investigators have a better chance of figuring out what happened, who was there and where they ended up before the trail goes cold, he said.

"Whether it's a garden gnome stolen or a homicide ... you can't put a price tag on bringing them closure," Stival said.