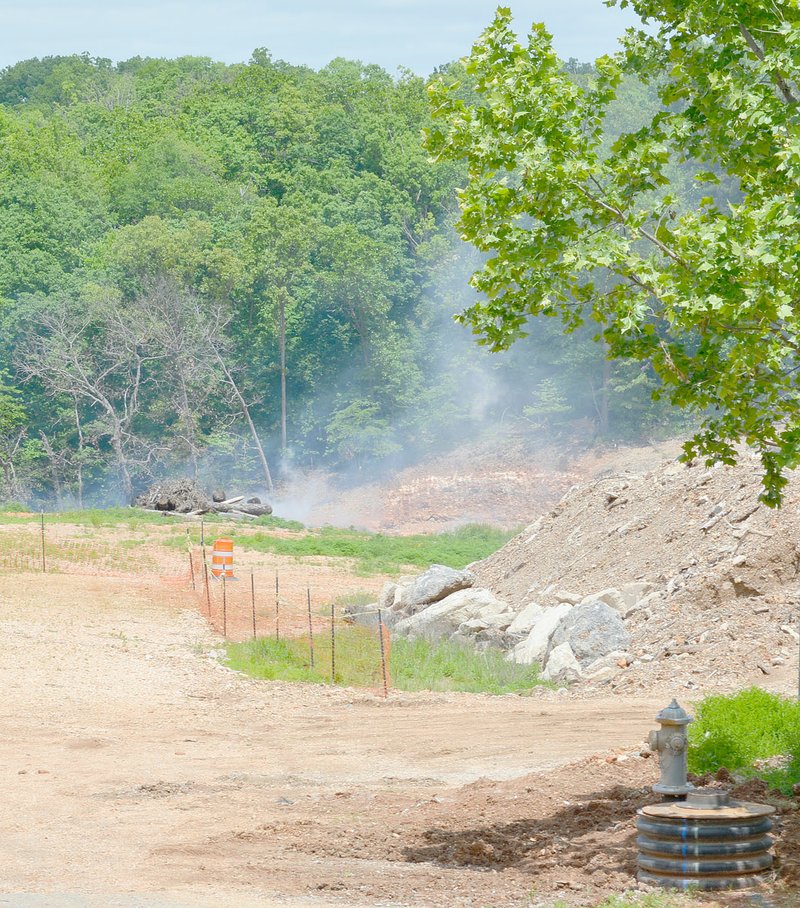 Keith Bryant/The Weekly Vista Smoke rises from the former stump dump site alongside Trafalgar Road. According to a timeline released by the POA, the fire is expected to be out by June 13, barring any delays.

The Bella Vista Property Owners Association has released a timeline for the Trafalgar Road fire, indicating the fire is expected to be out by June 13.

The POA, on May 3, agreed to take over extinguishing the fire. According to a news release issued by the Arkansas Department of Environmental Quality, the ADEQ will continue to inspect the site and provide oversight while the POA works.

According to a statement released by the POA, its working plan was submitted to the ADEQ last Friday, May 10.

The ADEQ needs to review and approve the plan, after which firms hired by the POA have three days to mobilize on site.

Extinguishing the fire is expected to take 30 days, and site restoration will begin once the fire is out.

Print Headline: Trafalgar fire to be extinguished by June 13