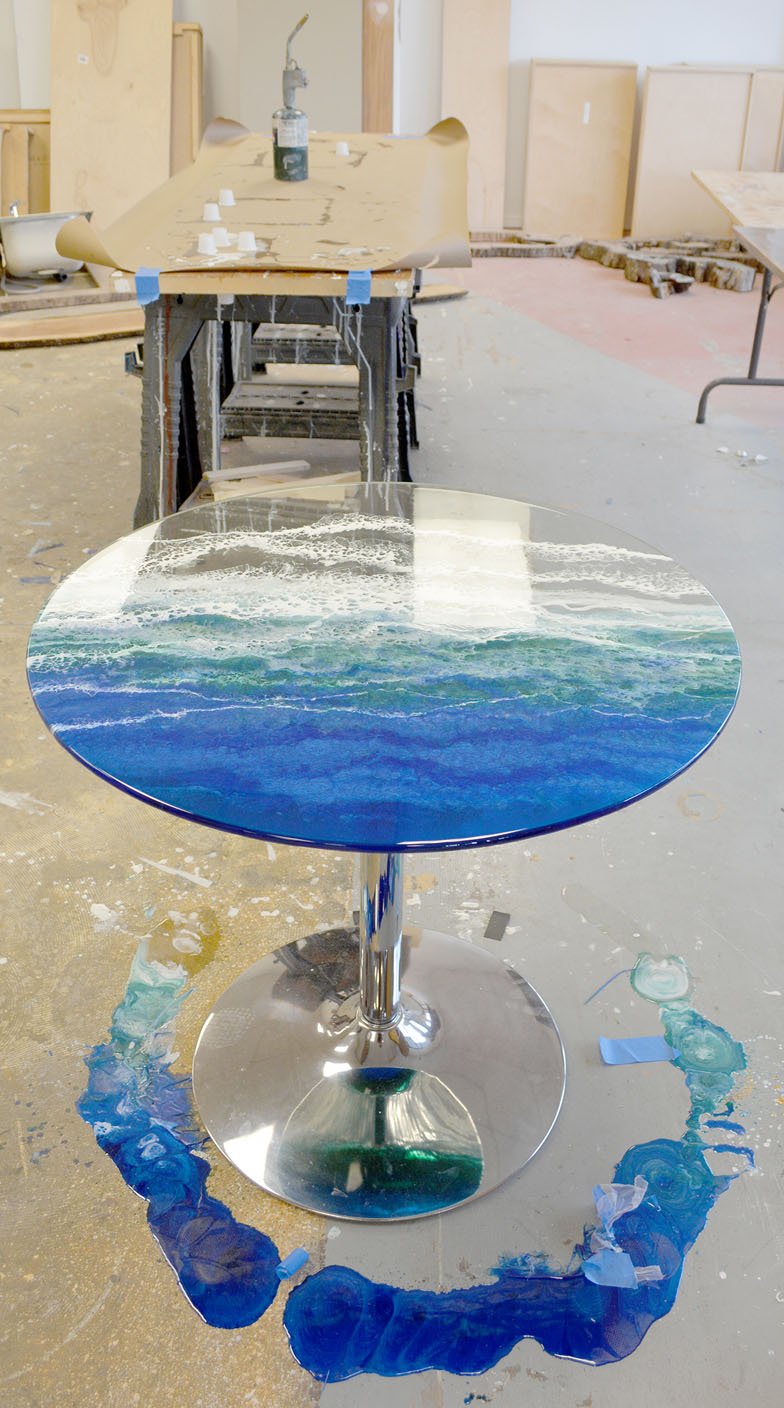 Wetherington said he's been in construction since 1987, but over the past few years he's been flipping houses and, more recently, he learned that epoxy countertops work well. They're quick, lightweight, different and relatively affordable, he said.

"You can get exactly what you want, color-wise," he said. "Bella Vista really needs countertops, it's a good market."

A few years ago, he said, he tried doing epoxy countertops in some homes he was preparing to sell, using some education from YouTube and classes he took. They turned out nicely, he said -- looking nice, being different from granite and, perhaps most importantly for flipping, being fairly affordable and quick -- and he ended up installing some for other people as well.

"It snowballed from there," he said, noting he opened the studio to have more space to work, store his pieces and do business.

A homeowner can typically do this sort of work on their own, he said, but there's a lot to learn before someone starts in and, between prep work, pouring, curing time and finishing, an epoxy countertop might take a first-timer a week or more.

Wetherington said that he typically has a job done the same day he shows up and starts, and the epoxy is typically cured overnight.

Epoxy hasn't seen as much residential application until recently, but it's hardly new, he said, often being used for floors, walls and tabletops in hospitals and restaurants.

"You just don't realize you're seeing epoxy," he explained.

After decades in construction, Wetherington said he's found a niche that lets him do more focused work and finally put his fine art education to use.

It's a very different medium, he explained, because the epoxy is inclined to do whatever it wants. He can mix the colors and choose where to pour and how to stir, but the final shape is out of his hands.

Because the color is typically produced by a mica pigment suspended in the epoxy, he said, the color often has some depth.

It's a good opportunity to relax somewhat, he said, and not worry about being in control of something -- though it can make orders somewhat tense, because it's hard to say for certain what a customer can expect the finished product to look like.

In addition to countertops, Wetherington does custom tabletops, rings, hanging pieces and whatever else he can think of using epoxy, wood scraps and other reclaimed materials.

"If it'll hold epoxy, it's going to get it," Wetherington said.