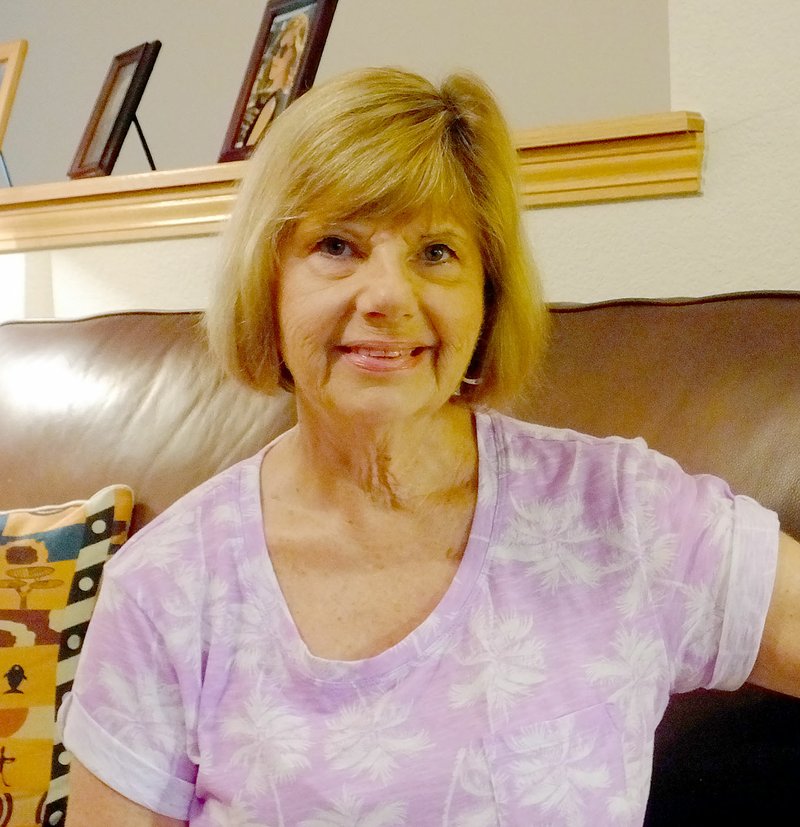 It started as a photograph of a quaint gate taken while visiting her daughter in England, but it ended as an entry into American Quilter's Society Quilt Week. Irene Foss has turned quilting into art.

Her quilt, "The Gate," is a collage quilt that realistically portrays a country scene. It will never cover a bed -- instead it's a wall hanging. It took her about three months and it's already been in one show.

It didn't win in the first show, but Foss isn't bothered by that.

"It's like the Oscars," she said, "it's an honor just to be nominated."

When it's over, the quilt will go back to its spot on the wall of Foss' spare room.

Foss has been sewing since she was 12 years old and studied fashion technology in New York. She made a lot of her own clothes including a suede coat and a bathing suit, but she didn't start quilting until later.

Working in Los Angeles, she found herself talking to a coworker about sewing, when the coworker suggested she should try a quilt. Foss resisted at first, but eventually she found herself looking through quilt books. When she showed her coworker the quilt she chose for her first project, the coworker suggested she should find an easier pattern. But Foss went ahead and produced her first traditional quilt.

After a while, she started looking for a style she could call her own and produced her first "innovative" quilt. By then she had moved to Colorado and she earned a blue ribbon from the Colorado Quilt Council in the innovate category.

In 2017, she entered a contest and the challenge was to produce a small Van Gogh inspired quilt and Foss discovered a style she could call her own and made her first collage quilt. She liked the impressionistic style, but felt the need to add some hard lines. So she kept working in the same style.

The Gate started with a photograph she took in England. Since she's also an amateur photographer, her photo had a very high resolution so she was able to blow it up to the size of her finished wall hanging without losing any detail. She used tracing paper to design her pieces.

She learned later that it can be more effective to trace the photo at its original size and then enlarge the image on the tracing paper. Not all photos will be clear when they're blown up.

After she cut each piece to the correct size and shape, she fused it to the background fabric using a special product. Once the hundreds of tiny pieces were in place, she started the actual quilting.

She quilts on a sewing machine, moving the fabric through by hand. For the collage quilts, she tries to catch the edges of as many of the pieces as possible.

While she waits to hear if The Gate wins in Michigan, she's working on a new challenge quilt for the Calico Cut Ups contest, but she doesn't want to talk about it until after the competition. The Calico Cut Ups is a local quilt group that meets monthly.

She's also taking an online class in realistic portrait quilts and working on a more traditional quilt that she will donate.

Foss and her husband moved to Bella Vista to retire, but she doesn't plan to retire from quilting. There's always another technique to master.

Print Headline: Quilter always looking for another technique to master