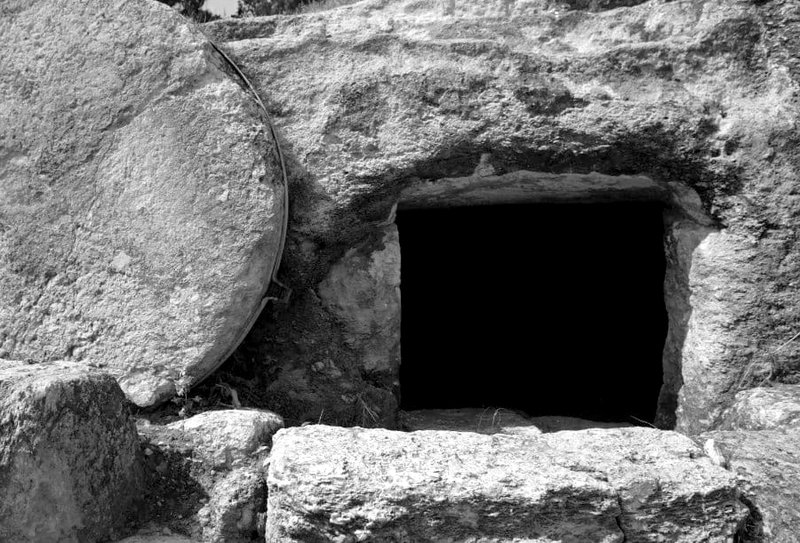 Was the tomb empty on that first Easter morning? Did Jesus rise bodily from the grave?

Jesus Himself foretold His own death and resurrection numerous times, saying, "Behold, we go up to Jerusalem; and the Son of man shall be betrayed unto the chief priests and unto the scribes, and they shall condemn Him to death, and shall deliver Him to the Gentiles to mock, and to scourge, and to crucify Him and the third day He shall rise again" (Matt. 20:18-19). He also said, "Because I live, ye shall live also" (John 14:19).

It is as St. Paul wrote to the church in Corinth, "And if Christ be not raised, your faith is vain; ye are yet in your sins. Then they also which are fallen asleep in Christ are perished. If in this life only we have hope in Christ, we are of all men most miserable" (1 Cor. 15:17-19).

Not only did Jesus appear alive to Mary Magdalene and the other women, but He also appeared to Peter, to the two disciples on the road to Emaus, to the eleven on numerous occasions, to James, to the Apostle Paul on the road to Damascus, and to more than 500 believers at one time. At the time when Paul wrote to the Corinthian church, most of these eyewitnesses were still alive and could be questioned by any who had doubts -- Paul invited them to do so.

Now, nearly two thousand years removed, some have said that Jesus did not actually die but swooned on the cross and later revived in the tomb -- a foolish hypothesis since the Roman soldiers were well experienced with death, and especially with death by crucifixion because they regularly crucified both criminals and rebels. Crucifixion victims had to lift themselves up on the cross to breathe. Hanging motionlessly meant breathing also stopped and life ended. The spear thrust into Jesus' side left no doubt. Jesus indeed died upon the cross (John 19:32-34)!

And, even if it was somehow possible for one to be crucified and not yet be dead after hanging motionless, ceasing breathing and having a spear thrust into his side, would lying in a tomb, wrapped in burial cloths and receiving no medical attention enable one to survive scourging, crucifixion and a spear wound to the chest? Certainly not!

Some have said -- indeed, right from the beginning (Matt. 28:11ff.) -- that Jesus' disciples came and stole the body and moved it to another tomb where it probably still lies to this day. This too makes no sense at all and doesn't explain His resurrection appearances.

It's entirely unlikely that followers of Jesus who fled when Jesus was arrested and then hid behind locked doors would risk death at the hands of the Roman soldiers who guarded the tomb in order to steal a dead body and advance a fake religion.

Not only did Jesus' disciples suffer persecution and agonizing deaths; they gave up the comforts and pleasures of this life as well. They had nothing to gain by preaching the resurrection of Jesus if indeed He did not rise.

And what of those who spread the stories of Jesus' body being stolen away? They could easily have put a stop to the spread of Christianity if they simply produced the body of Jesus. But did they? No! There is no record of any attempt or claim to produce the body of Jesus. Why? Because the tomb was empty and even the enemies of Christianity could not refute the resurrection of Jesus!

And, of course, it also proves that he will return to judge the living and the dead, as He has said, and that those who have not relied upon Him for forgiveness and life will be condemned to everlasting punishment in the eternal fires of hell.

The resurrection of Jesus is a historical event which affects every human being in this world. Those who consider it and place their hope in Jesus and His resurrection shall receive, as Jesus says, the forgiveness of sins He won for all by His sufferings and death upon the cross, and life everlasting because He rose from the dead and is "the Resurrection and the Life" (John 11:25). But those who neglect or spurn it face a most miserable eternity with no hope, no blessing and no joy!

[Scripture Quotations from the King James Version of the Bible.]

Print Headline: The Resurrection of Jesus: Hoax or Historical Fact?