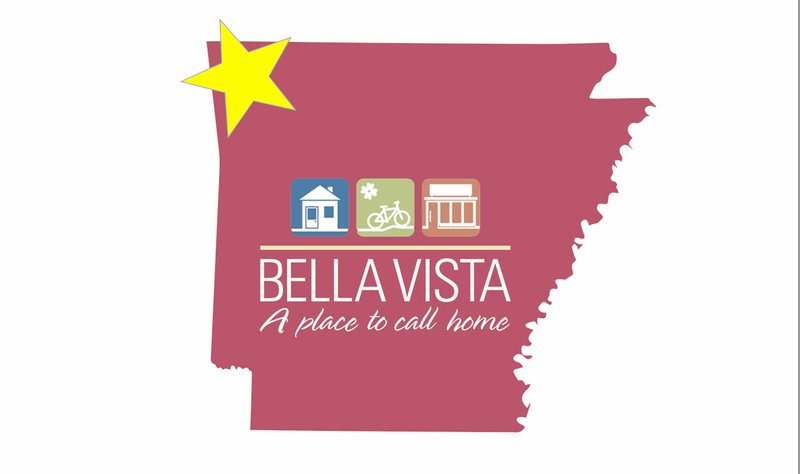 Image courtesy of the city of Bella Vista The Bella Vista city flag design was approved by the city council during its Monday, May 21, regular meeting. This design was based on an entry by Cooper Elementary fourth-grade student Briley Wooldridge, one of roughly 600 designs submitted.

The Bella Vista City Council approved raises for elected officials after a heated discussion during its regular meeting Monday, May 21.

The council was split on the resolution, with council members Frank Anderson, Jim Wozniak and Linda Lloyd voting against the measure and council members John Flynn, Brian Bahr and Doug Fowler voting in favor of it. The tie was broken with a vote cast by Mayor Peter Christie.

The council approved two amendments to this proposal, including one proposed by Jim Wozniak to start the city clerk's pay increase July 1, 2018, and another proposed by Brian Bahr to increase the clerk position's annual pay to $20,000 per year.

According to a report prepared by human resources director Melissa Cruise, the elected positions in the city are paid below average for similarly-sized cities. According to the report, the mayor's current salary is $82,064 per year, council members are paid a $6,331 annual stipend and the city clerk is paid $9,126 each year, which comes in below minimum wage.

The proposed pay rates were based on a fair value for the jobs in question, as assessed by Cruise.

"I'm just saying it's too significant an increase," council member Anderson said. "Everybody talks about competition. We're not competing against anyone who wants to be the mayor of Bentonville."

Fowler said he disagreed -- at $97,000 per year, he said, Bella Vista's mayor will still be in the bottom 25 percent for mayoral pay, but a decent salary can help attract talent.

"We're a real city with real city issues," he said. "Anyone who thinks this is a quasi-volunteer position ... I can assure you this is not."

The amendment failed, with Bahr, Fowler and Flynn voting against it while Lloyd, Anderson and Wozniak voted in favor. Mayor Christie declined to cast a tie-breaking vote in favor of the amendment.

Christie said it is important to note that this is not about him as an individual but is instead about the mayor position itself.

Fowler said he believes the city will benefit from strong leadership. Having a quality leader, he said, could prevent missteps that could cost the city significantly more than this raise.

"We're still organizing, putting together the right structure," he said. "The easiest thing to do is screw it up, and we don't want to do that."

Anderson said he believes that the city has good leadership, including the mayor, but these leaders pursued their positions with less money up for grabs.

"The number does not guarantee that at all," he said. "I think most people that we want to get that particular job are not going to do it for the money. I really believe that."

Fowler said he also believes the city has a responsibility to compensate its workers.

"At the end of the day, we need to fairly compensate the leadership," he said.

Before adjourning, the council also approved a city flag.

Mayor Christie said he appreciated the work that went into narrowing down this specific design from the roughly 600 entries.

"I want to thank Dave Barfield for working with the school," he said.

Fowler said he believed the flag will do the city justice.

"Lots of kids participated and put effort into it," Fowler said. "I think the flag is awesome; it's going to really represent the city of Bella Vista."

The council also approved the purchase of a pickup truck for an incoming code enforcement officer, repealed an ordinance against soliciting from drivers, reappointed Anelle Redlaczyk to the arts council and further discussed creating a tree advisory board and allowing playground equipment in front yards.